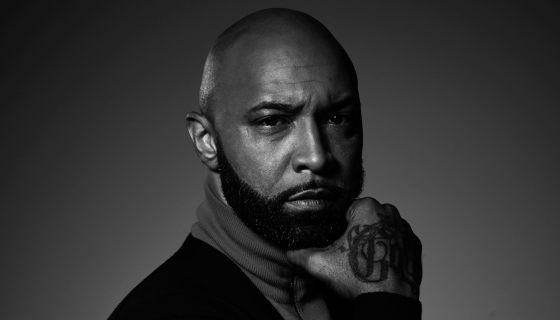 has been said that he considers Logic to be one of the “” in the game. So when the “5AM” rapper revealed that he was retiring from Hip-Hop after this next project drops in order to be a father to his child, Jumpoff had no qualms with the decision and continued to slander the rapper for being struggle, in his eyes.

On his latest podcast episode, Joe Buddens clowned Logic for declaring his retirement saying “Logic, you don’t get to announce this” before chuckling and saying “What the f*ck is he talkin’ about? Cause we don’t care.” After his co-hosts tried to explain that Logic is indeed popular, Buddens continued to taunt Logic saying “He should’ve retired a long time ago.”

Even after Mal and Rory insisted that Logic was a good rapper, Joey was hearing none of it saying “He is and has been horrible for a long time.”

Later on he continued, “Get Logic the f*ck outta here. Hopefully I never have to hear from him again.”

Well, ain’t gonna be no convincing Joe Buddens of anything else anytime soon. He did say he was listening to this upcoming album, No Pressure and admitted that if it was a dope project he would say so.

Check Joey air out Logic at the 1:50:00 mark and let us know if you agree or disagree with Budden’s assessment of Logic’s rap skills.