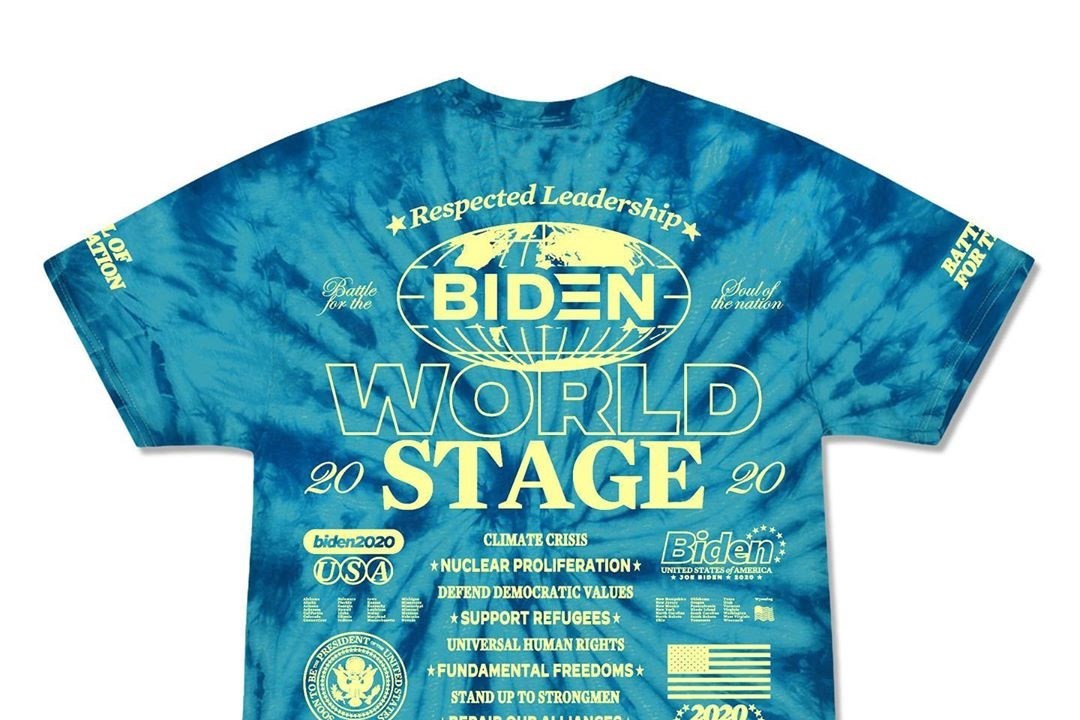 Thanks in part to Kanye collaborator Joe Perez

Presidential merch has the power to be pretty influential, as – unfortunately – evidenced by the MAGA hat (and its various knock-offs and spin-offs). Currently hoping his merch might have the power to sway an election is Democratic candidate Joe Biden, who this week revealed a series of designer collab including everything from a face mask (by Monique Péan) to a scarf (by Thom Browne).

The diverse group of American designers also includes Prabal Gurung, Thakoon, Jack and Lazaro of Proenza Schouler, Joseph Altuzarra, and Jason Wu, but it’s perhaps the tie-dye tee by Joe Perez that’s getting the most attention – considering it looks like something you’d expect more from a streetwear brand than a Presidential candidate.

Perez is an alum of Kanye West’s DONDA label, where he worked as an art director on projects and album releases – which explains the tee’s concert-style design. (Instead of cities, though, it features campaign promises like ‘support refugees’ and ’defend democratic values’.)

“We need leaders who not only understand and respect the gravity of their elected positions but who will be ready to govern on day one,” Perez wrote on his Instagram, declaring that Biden – rather than his former boss – would be getting his vote. “(We need) Leaders who will bring back dignity, honor, and empathy to The White House.”

Aurora James – founder of the 15 Percent Pledge, which asks retailers to ensure that 15 per cent of their stock comes from Black-owned brands – has also contributed a sweatshirt bearing the words: ‘We can make the difference: Black women for Biden/Harris 2020’.