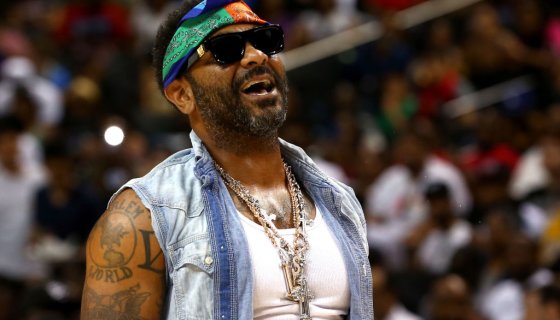 and are finally friends after the two spoke regarding their 15-year span of unsettled differences.

On Thursday (Apr 16), took to Instagram to publicly squash the beef with Jim Jones, before revealing that the two are working on new music together.

During the impromptu interview, the two rap veterans discussed their long and strained history, including a tense moment at the MTV Music Awards which resulted in laughter as the two looked back on their antics towards one another. The touching moment was posted to Montana’s Instagram, with the caption:

“15 YEARS OF BEEFING ENDED UP WITH LAUGHS AND WAR STORIES 🙏BIG MOMENT FOR HIP HOP SHOUT OUT TO @jimjonescapo.”

In addition to , both French Montana and Jim Jones offered up words of advice to artists who are with a fellow rapper or entertainer, noting that COVID-19 is proving life is too short to squander away opportunities over petty drama.

“If there’s anybody out there watching from the young n****s, man, learn from this,” Montana said during the live. “Don’t waste 15 years in the game when y’all could have been getting all kinds of bags together.” Jones agreed, adding that he doesn’t understand how artists could still be engaged in beef during the COVID-19 era.

“There’s a lot of foolish beefs and foolish shootings and there’s a lot going on right now with everybody cooped up in the house,” he said.

Although the beef was just seemingly squashed, the two hitmakers revealed that they had something big in the works for fans, after French Montana previewed his new single, “That’s a Fact.”

“I can’t wait for ya’ll to hear this. We gotta do something big for Rockaway, we gotta put Rockaway on the map,” Jim Jones said.

Check out some clips from the momentous live below.