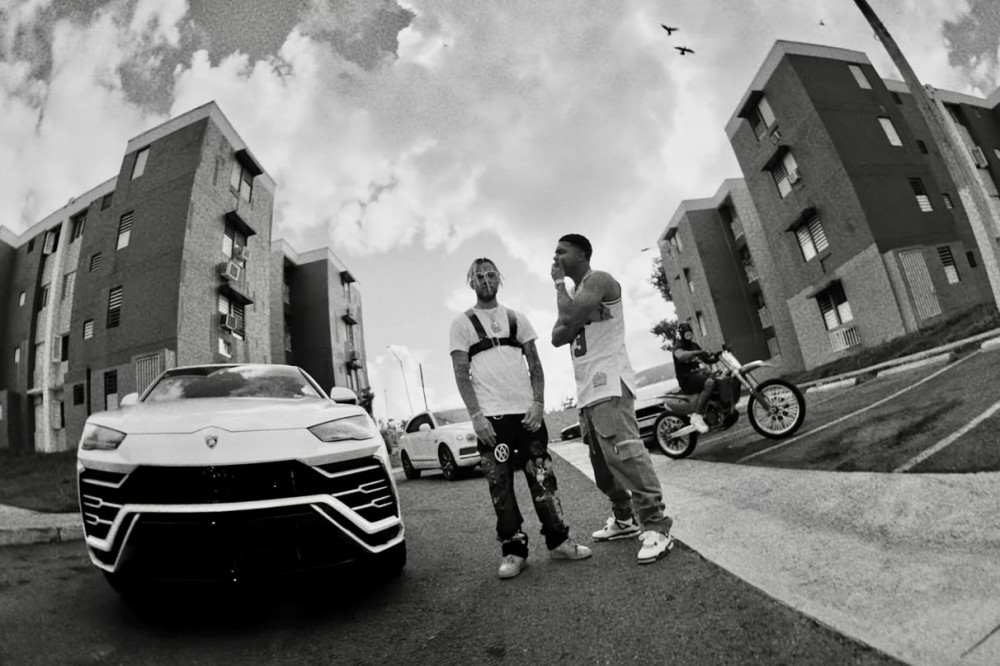 Jhay Cortez and Myke Towers have teamed up for their new single “Los Bo.” The Puerto Rican artists take it to the streets in a music video that was released on Friday.

“Los Bo” is the latest taste of Cortez’s upcoming album Timelezz, which he previewed last year with the experimental cut “Kobe En LA.” Cortez and Towers wrote “Los Bo” with hip-hop producers Ambezza and Smash David. Ambezza has worked with Future, DaBaby, and Young Thug, while Smash David was the guy behind Big Sean’s “Bounce Back.”

On the Latin trap banger, Cortez and Towers fully lean into rap en español. The guys take turns boasting about their bank accounts and the women that love them while taking shots at their haters.

The music video for “Los Bo” was shot by director Fernando Lugo in the Cupey barrio of San Juan, Puerto Rico. In the black-and-white visual, Cortez and Towers flex in the city streets with their squad behind them—proof that although the guys have really come up over the years in the Latin music scene, they haven’t forgotten where they come from.

Last year, Cortez had the No. 1 song in the world when his Bad Bunny collaboration “Dákiti” skyrocketed to the top of the Billboard Global 200. Benito later made history when his album El Último Tour Del Mundo became the first Spanish-language album to cap the Billboard 200. Towers has also been rising up the industry ranks; he released his surprise EP Para Mi Ex last month.