The project takes its name from a 2006 graphic novel by Alan Moore and Melinda Gebbie.

Out March 2 on Smalltown Supersound, Lost Girls’ debut EP Feeling finds the Norwegian pair cementing their decade-long working relationship; Volden began working with Hval in 2008 when he assisted Hval with her Rockettothesky project.

Volden has continued to play live with Hval regularly and says the pair have a good understanding each other’s musical ideas. “The way we both think music is very free and open-minded, and not too stuck in a certain way playing,” he assures. “And also I can’t write lyrics, and Jenny is just amazing at it.”

Feeling, which follows the pair’s 2012 self-titled album as Nude on Sand, is being labelled a “12-inch in two parts.” Volden originally wrote B-Side ‘Accept’ for his solo project four years ago, before adding Hval’s vocals to the track in 2016. A-Side ‘Drive’ has been a fixture in Hval’s live shows for the past few years. “We had developed it together and it felt as we owned it together in a way,” explains Volden.

Hval – who released our album the year in 2016 – notes how the pair differ in their work methods: “Håvard works relentlessly with playing and creating stuff when he is on his own, using his ever-changing set-up instruments and tape machines. I’m lazy and more a thinker.”

She continues: “I need to build things by doing nothing until I start playing or writing something, like I’m holding my breath until I feel like I’m dying.”

The Lost Girls project takes its name from an explicit 2006 graphic novel written by Alan Moore and illustrated by Melinda Gebbie. “It’s incredible both as a concept, a work literature, a work visual art and philosophy,” says Hval, clarifying that the EP was made “well before” the pair had even heard Moore and Gebbie. “I’d love to send it to Moore and Gebbie,” she says, “but Håvard and I are both very shy.”

See the artwork for Feeling below and pre-order a copy the EP now. 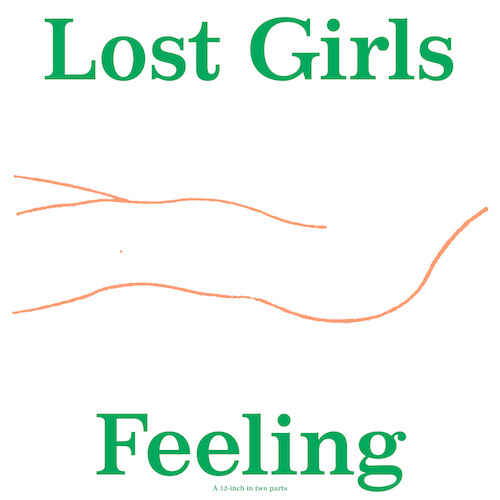 Read our review Hval’s Blood Bitch album and dive into her 2016 FACT mix.