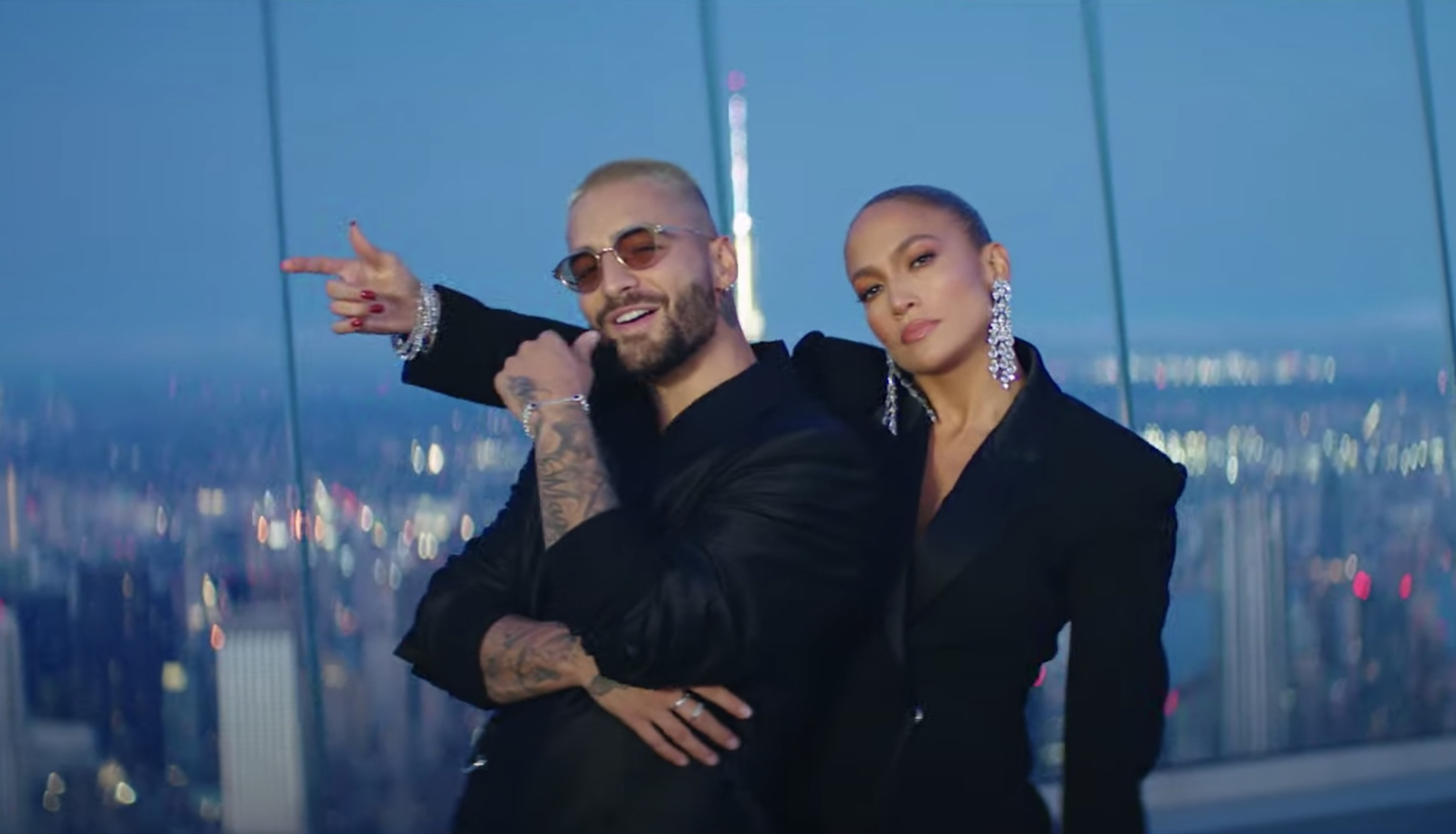 The clip opens with “Pa’ Ti.” In the visual, Lopez is a billionaire who’s living the lavish life, while Maluma serves as her bodyguard, as they sing in Spanish over seductive song vibes. Lopez luxuriates in her mansion, while Maluma stares into an empty refrigerator. Turns out, the pair are also lovers and the plot thickens when it’s revealed that she is under investigation for shady business dealings. Despite Maluma’s seemingly caring, watchful eye over her at work, and later as they share intimate moments in her mansion and on a roof, he’s working undercover.

“Pa’ Ti” ends where “Lonely” picks up: the couple are in bed as the FBI raids Lopez’s mansion and take her into custody. She then discovers her bodyguard lover is also an FBI agent. “You’re saying that you’re feeling lonely/But you fucked up, baby. I’m sorry,” she sings on the uptempo ballad. “I’m doing so much better without you/Just kill your ego, before it kills you.” Later they duet, “I wanna love you, you already know.”

Lopez and Maluma costar in upcoming film, Marry Me, and the two singles will be featured on the film’s soundtrack. Marry Me, which also stars Owen Wilson, arrives in theaters on February 12th.