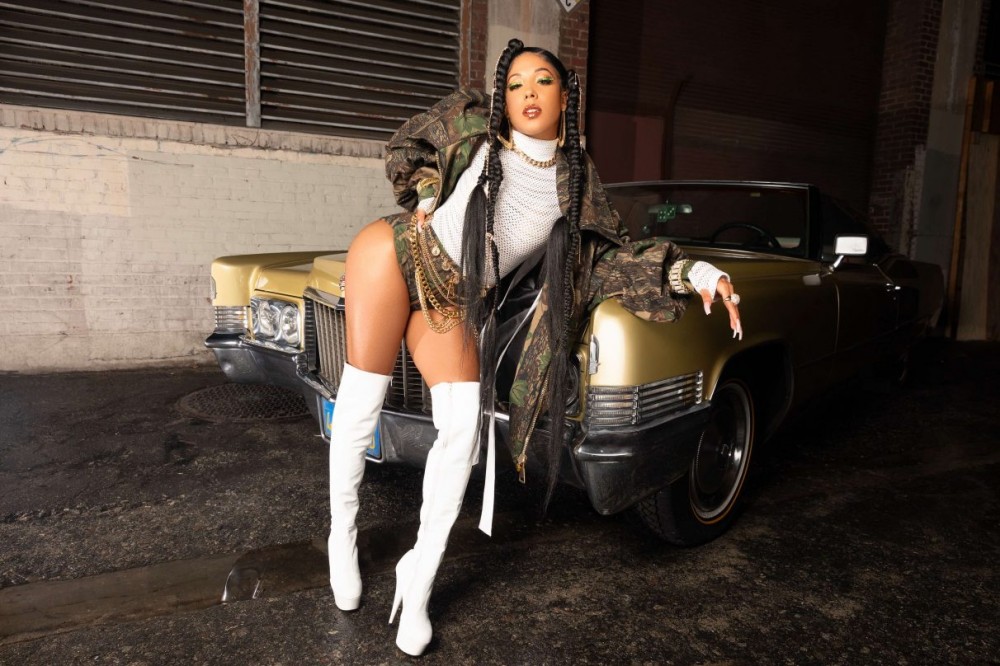 It’s all gold everything in Jenn Morel’s new video for “Grammy,” her first single from her forthcoming debut album slated to drop on October 23.

“I envisioned royalty for ‘Grammy,’ that’s why Gold was my primary theme for the video,” the Dominican bombshell tells Remezcla. “I want my fans to watch ‘Grammy’ and embody that they don’t need a trophy to be valuable, because they already are a walking GRAMMY!”

In the song and video, Morel gets grimier than we’ve been accustomed to in her previous songs and colorful videos like “Mango” and “Kumbara.” On this track, Morel flexes more than just her Spanglish skills as she combines old school Lil Kim vibes with Teyana Taylor’s hard body moves in the video for Kanye’s “Fade.”

We see Morel in all gold fringe sitting on her presumptive throne before she shifts flows, and languages, as she trains to box anyone who gets in the way of her walking across the award stage. She holds its own with Agentinian trap rapero Ecko, who features on the track. Watch the premiere here:

“Due to the pandemic, Ecko and I couldn’t shoot together, but his shots were executed in Argentina and it came out BOMB!” Morel says.

Ecko’s verse is just as plush as the Porsche Panamera that co-stars in the video during his verse. Ecko, who started off as a freestyle champion in his home city of Buenos Aires, has made a seamless transition to trap and reggaeton and has put himself at the forefront of Argentinian lyricists.