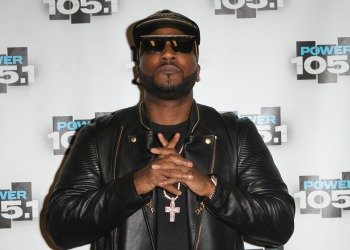 Even though is trying to live his best life his past is coming back to haunt him. The trapper turned rapper is going at it with his ex-love interest.

As spotted on Bossip, is in a tug of war of sorts with his child’s mother, Mahi. The two share a daughter and they are not seeing eye to eye in terms of child support. Recently she filed a motion stating that “I Love It” MC is behind on the monthly payments. In addition she is claiming that he failed to buy them a vehicle as per their settlement, dropped the ball on securing life insurance for their girl and never downloading a co-parenting app that was mutually agreed upon.

Mahi also disputed his claims that she has a full time nanny and that she is purposely keeping the kid away from him. She also says she has worked diligently to promote a healthy relationship between her daughter and his older son from a different relationship. But to hear him tell it she is just hating from the sidelines and using his engagement to Jeannie Mai as ammunition. According to the court documents he purchased her a $100,000 Range Rover. Additionally he offered to buy her a second car but did not because the vehicle she preferred was over the $30,000 budget he set.

The two are back in court later this month.