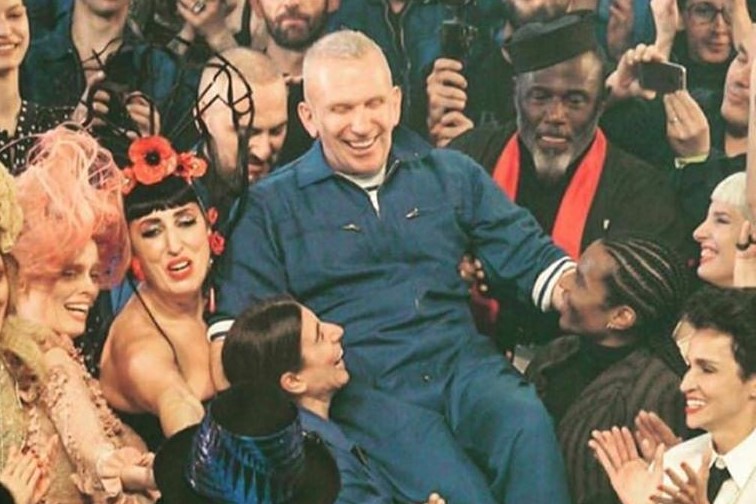 Raising funds for the AIDs charity Sidaction, the French designer has enlisted fashion faves including Michele Lamy and Jacquemus to sell off items from Rick Owens, Dior, and Chanel

While many designers may have felt the creative constraints of the virus that shall not be named, Jean Paul Gaultier has seemingly taken the pandemic in his stride. Believing that such restrictive ‘environments help us find new ideas’, the French designer has set out to create a fashion auction in the style of a telesales commercial, because… well, why not?

Reimagine ‘the most banal-sounding concept – television shopping’, he did what any person nicknamed l’enfant terrible of fashion would do, and decided to make it a ‘Couture version’. “There are a lot of guests who are coming, each one presenting a lot,” he explained.

With the likes of Michèle Lamy, Jacquemus, Alexandre Mattiussi, and more all set to showcase their wares in a series of films emulating an 80s television shopping network, the project will raise money for the AIDs awareness charity Sidaction, of which Gaultier is the ambassador. Items and experiences from the likes of Balenciaga, Rick Owens, and Louis Vuitton are all on the line-up.

While the association’s annual money-raising gala typically takes the form of a star-studded dinner, Gaultier helped reimagine the event for the COVID-era. “In the beginning, when I was asked to be ambassador, I was thinking we could do the dinner in a certain format,” the designer told WWD. “Fairly quickly we realised that wasn’t possible, it was still too risky,” he continued.

With the series filmed by the legendary French director Loïc Prigent, the auction – which will see about 40 items going under the hammer – will also feature Christine and the Queens and Gaultier himself. The actual auction will be held on the web site Drouot Estimations and will run from January 28 to 31.

The films will premiere on the Instagram account @fashionforsidaction, on January 28. In the meantime, take a look back at Jean Paul Gaultier’s wild and riotous SS20 collection above.