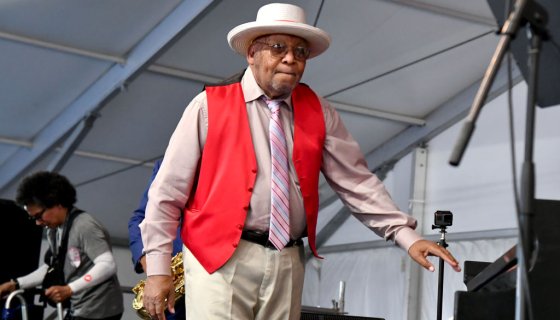 As the novel coronavirus that causes COVID-19 ravages the nation, the grave situation has affected notable figures as well. Ellis Marsalis, a legend in New Orleans circles, has died after suffering complications from COVID-19.

Ellis Louis Marsalis Jr. was born on Nov. 14, 1934, in New Orleans. The jazz pianist graduated from Dillard University and attended graduate school at Loyola University New Orleans. While the patriarch of the sprawling Marsalis musical family was adept at his instrument, passing on the knowledge he acquired as a teacher gave him greater fulfillment.

Marsalis was the chief instructor for his talented sons , Branford, Delfeayo, and Jason Marsalis. He also taught the likes of Harry Connick Jr., Terence Blanchard, and other future jazz figures of the later generations. After working at the high school level at New Orleans Center for Creative Arts, the city’s first school to be focused solely on public arts, Marsalis then joined the faculty of Virginia Commonwealth University ahead of returning home to teach at the University of New Orleans.

As a bandleader, Marsalis left the comfort of the classroom and released well over a dozen recordings, including projects with his sons Wynton, Branford, and Delfeayo. Marsalis was also still very active as a player, working a weekly gig for over 30 years before retiring this year.

The Phi Beta Fraternity, Inc. member was inducted into the Lousiana Hall of Fame in 2018. In 2011, Marsalis and his sons were given the NEA Jazz Masters Award. In 2007, Tulane University awarded Marsalis an honorary doctorate for his many contributions to New Orleans jazz music.