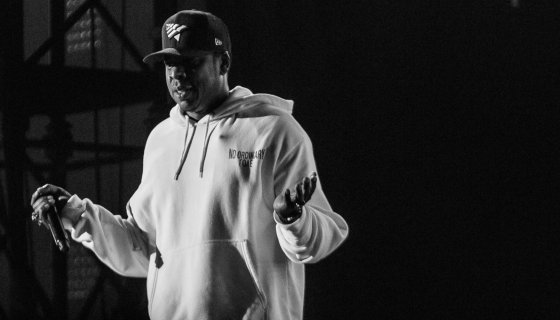 continues to leverage his celebrity for the good of the fight on the front lines. He is now asking that one city use common sense regarding a demonstrator that went about things the right way.

As spotted on High Snobiety on May 31, Givionne “Gee” Jordan Jr. was arrested in South Carolina city for participating in a peaceful Black Lives Matter protest. In video captured at the scene he is shown kneeling and expressing his admiration and respect towards a crew of uniformed police. It was clear the scene was tense and the crowd pleaded with the badges to show reciprocal respect for their conflict-free approach. Nevertheless the lawmen proceeded to arrest Jordan for “disobeying a lawful order”.

please watch. please listen closely. if anyone has any information on this man / a link to his go fund me please let me know. this is absolutely not okay. we will not be silenced. pic.twitter.com/t2h6FovmoL

Afterwards, the clip went viral drawing the attention of Team ROC, . On June 2 Team ROCK lawyer wrote a letter to the city of Charleston expressing disapproval of the police’s actions. “Here one sees a single protester — who does not threaten, provoke or even approach the dozens of armed police officers facing him, kneeling peacefully and expressing his well-justified grief — hauled away from his fellows and unceremoniously arrested by multiple officers,” she wrote. “A more clear-cut violation of this protester’s First Amendment rights could hardly be imagined. It is our understanding that this is not an isolated incident.”

As expected the city remained neutral in their response. “The City is continuing to navigate through the unprecedented and violent attack by rioters on the City and its citizens on Saturday May 30, 2020, and continues to hold the safety and security of citizens and visitors as a top priority.” Today Charleston PD explained their position further in a statement to TMZ citing that Jordan was one of 38 people to get booked that day. “Mr. Jordan is part of an important movement that truly needs to be heard at this time, and we hope to continue to meet with him and others soon to discuss how we can work together to address the longstanding inequities that persist in our community” said Charleston Police Chief Luther Reynolds.

Jordan’s case has yet to be dismissed.