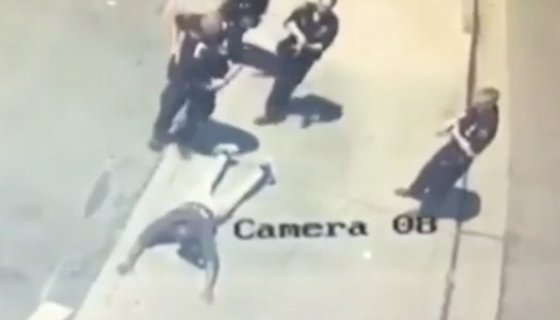 Jay Pharoah found fame as a of SNL and has parlayed that notoriety into a booming acting career, but even that didn’t shield him from the cruel reality of racism in America. In a new short film, the actor and comedian detailed how he came close to losing his life at the hands of the police simply for being a Black man.

Working with @TheOnlyCarey to shoot the video piece, Pharoah is seen narrating the incident in question, which he says took place a week before was murdered in Georgia while jogging. While going about his workout routine in Los Angeles and getting in some exercise, Pharoah shares security video footage of Los Angeles officers surrounding him with their guns drawn.

At one especially uncomfortable portion of the video, one officer can be seen placing his knee into the back of Pharoah’s neck as he was cuffed by the officers. He explained that the officers had the wrong man and if they did a quick google, they’d realize the mistake they made.

Pharoah will be a guest on the upcoming Monday (June 15) episode of CBS program The Talk, where he will share more details about the harrowing event that could have spelled the end of his life according to Deadline.

The Instagram short film ends with Pharoah saying, “Be in the know. I’m Jay Pharaoh and I’m a black man in America and my life matters. Black lives always matter. They always matter.”

Check out the short film below.

Proud to have collabed w/ so many influencers on this one, @theonlycarey thank you for allowing me to express my situation w/ temperance. #blacklivesmatter #BlackFilter #jaypharoah #blackandproud