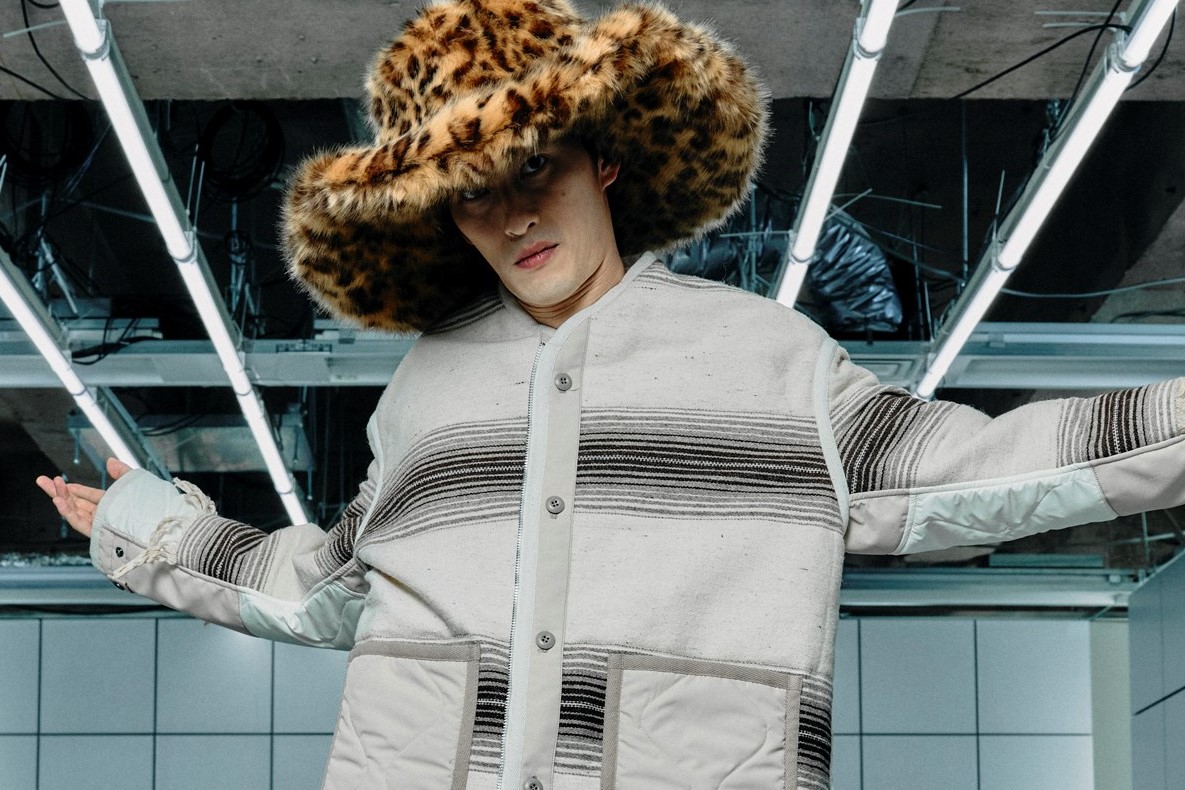 Who had that virtual insanity on their fashion week bingo card?

Of all the things I thought I might see during the AW22 menswear season, a fashion show not only inspired by, but in association with Jay Kay from 90s jazz-funk band Jamiroquai would have been pretty close to the bottom of the list (see: understatement). But fashion season is nothing if not unpredictable, and this afternoon, I was confronted with exactly that. A real turn up for the books, if ever there was one.

Cut to Junya Watanabe’s new-season show, which was presented, like so many others, by way of a short film (s/o to Omicron for that one: ruining lives and fashion week since late 2021). Where other brands stick to the tried-and-tested runway format, however, Watanabe was intent on remixing things – and by that, we mean quite literally. This is the point at which Jay came in, as the Japanese designer dropped a reworked version of the music video for seminal 1996 track, “Virtual Insanity”. Yes, really.

With choreography by Takeatsu Nashimoto, the models bopped and slid about the vid’s all-white tiled tunnel like the Space Cowboy himself, wearing a succession of looks inspired by his inimitable style. Retro trackies were layered with XXL panelled trenches, while indigo denim jeans were matched with bold Karrimor cagoules. Elsewhere, chunky knitwear bearing motifs inspired by Native American Iroquiouan tribe from which Kay took his band’s name also featured heavily. And though that could be considered controversial, given fashion’s got a long and storied history of cultural appropriation, Watanabe worked closely with Mexico’s Secretariat of Culture to ensure traditions and customs were upheld in the making of the offering.

But what’s a collection inspired by Jay Kay without a few hats? With the musician known for finishing his looks with bonkers statement styles, it was crucial to the story that this element be perfect. Step in London-based designer Benny Andallo, who collaborated with Watanabe on a series of blown-up fuzzy buckets and pumped-up baker boy iterations. Though he’s not long out of Central Saint Martins, Andallo has amassed fans in the form of FKA twigs, Miley Cyrus, Olly Alexander, and Rihanna, and is likely to have a whole bunch more banging down his door after this unexpected but actually pretty genius link-up.

Watanabe’s “Virtual Insanity” remake is without doubt one of the more successful attempts at thinking outside the box when it comes to ‘the new normal’ (at least for now) digital runway show. It also hints at a shift we’re seeing within the industry, as the lines between fashion and entertainment become more blurred than ever before – just take Balenciaga’s SS22 show, and its brilliant Simpsons episode, or Telfar’s dedicated TV channel, which launched last September amid a fake press conference as evidence of this. Before we get too deep into what this means for the future of fashion, though, take a minute to check out Watanabe’s show by watching the video and clicking through the gallery above. And then try getting the track out of your head any time soon.