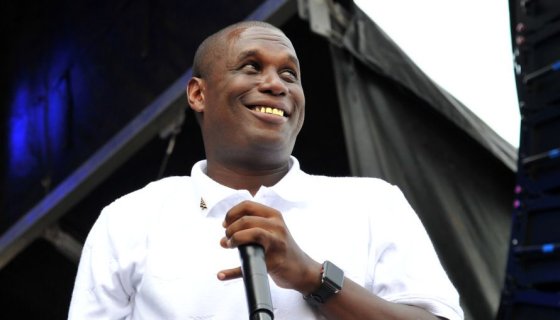 is continuing to take in the praise and criticism of his latest album, with a keen eye on social media while taking notes of the chatter. It appears that a line from one of the standout tracks on the album caught the ire of Peter Rosenberg, prompting the New Orleans MC to invite the host to, and we quote, “STFU.”

Rosenberg, a longtime personality on New York’s Hot 97, took to Twitter last Saturday (March 14) and shared his discomfort with a lyric from an older record, incorrectly quoting a line from “Better In Tune With The Infinite” as a line from “Ghost Of Soula Slim.”

The synagogues of Satan might accuse or jail me”

Not feeling this bar from Jay Electronica and I know I’m not the only person who felt a way about it.

He later corrected himself, tweeting, “Apologies I quoted the wrong song … when I googled “Synagogue of Satan” — I mistakenly assumed Jay only said it once… this is the second time … the line this time is “The synagogue of Satan want me to hang by my collar” . lol my bad..songs dope besides that cringe though.”

In a series of deleted tweets, Electronica let it be known what he was referencing and pushed back at the suggestion that the lyric was anti-Semitic.

“We sat down in an interview before and talked about my stance in these matters and it’s there for anyone to go pull up. we’re you offended then? then you quoted better in tune w the infinite which was released in 2014 so what #AWrittenTestimony made you go back and listen to BITWTI and you were retro offended?” Electronica wrote.

He continued with, “[I]f you have a problem w the term Synagouge of Satan, don’t take it up w me, take it up w the writers of the New Testament. Don’t play w me Peter, i ain’t the one. and you know this. i come in peace and i go in peace. let’s keep it that way.”

Rosenberg responding Twitter by writing, “I have a public forum everyday if you ever want to talk — feel free …I am not the only good, supportive, hip hop loving person who was taken aback by some of these bars…happy to discuss it any time.”

Check out the tweets that do remain below.

clout chasing us at an all time high.

and for the record. I stand on every single word i said on this album. #AWrittenTestimony #ISaidWhatISaid

and btw, @Rosenbergradio if you REALLY wanna get into it, we are willing to hold a discussion in a PUBLIC FORUM on The Synagogue of Satan and it’s meaning with any Scholars of Theology you would like to bring. until then. STFU