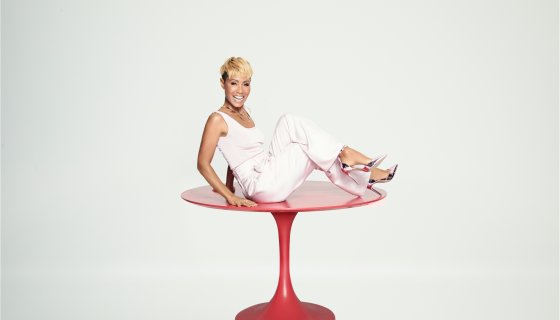 is calling someone to her infamous red table, and this time it’s herself.

On Thursday (Jul 2), the matriarch of the took to Twitter to share the news that she planned on addressing recent allegations that she had a permitted affair with singer and honorary “son” on an upcoming episode of her Facebook Watch talk show, Red Table Talk.

“There’s some healing that needs to happen…so I’m bringing myself to The Red Table.”

There’s some healing that needs to happen…so I’m bringing myself to The Red Table.

, earlier this week while promoting his new project,  The Product III: State of Emergency, loose-lipped singer dropped more tea regarding his alleged affair with the Girl’s Trip actress, adding that her husband, , gave him his blessing.

“I actually sat down with Will and had a conversation, due to the transformation from their marriage to life partnership that they’ve spoken on several times. And it not involving romanticism…He gave me his blessing…I totally gave myself to that relationship for years of my life,” Alsina said.

While reps for immediately denied the allegations, that didn’t stop fans from digging up old rumors about the iconic Hollywood couple, that the two have had an open marriage for years.

The people who already knew Will and jada are in an open relationship while everybody else acting like its new😭😭 #JadaPinkettSmith #Jada pic.twitter.com/TDrbNbtKxW

With the jokes flying for days since the news broke, there were few fans that kindly reminded those in the dragging party that their own relationships before trying to come at a couple that has been married for more than 20 years.

I wouldn't even address it. People need to worry about what happens in their own marriages & stop worrying about what consenting adults are doing.

Although many hope that Mrs. Smith drops the details confirming that the permission affair went down, many believe that Jada will simply be Jada and avoid giving a true answer.

Whether it’s true or not, we will continue to say JUSTICE FOR BREONNA TAYLOR AND ELIJAH MCCLAIN until their killers are brought to justice.

Check out a few of the hilarious jokes Twitter had flying below.

Nah this meme is about to come to life fr fr pic.twitter.com/pwDiVi8Tyh

is july and jada already been thru august 🙄

Aye Jada…we want you at the RED TABLE….with AUGUST and WILL….we need the transparency YOU SPEAK OF ALL THE TIME…. pic.twitter.com/crtL2SYvRP

this month? or you gon chill til August come pic.twitter.com/bwwnXBNReL

Me trying to figure out where the hell Red Table Talk even is on pic.twitter.com/8x5pCQkGHB

I mean it’s not our business but pic.twitter.com/5ruSze1Yn7

"and when August said he caught feelings I said nooooo not August" pic.twitter.com/E1At2O58lG

Me leaving my preconceived ideas about what happened and bringing a clear mind to the conversation… pic.twitter.com/zz7E2Ega4X

Who exactly needs to heal Jada.. Is it you or Will Smith? pic.twitter.com/jskdU2Jsfo