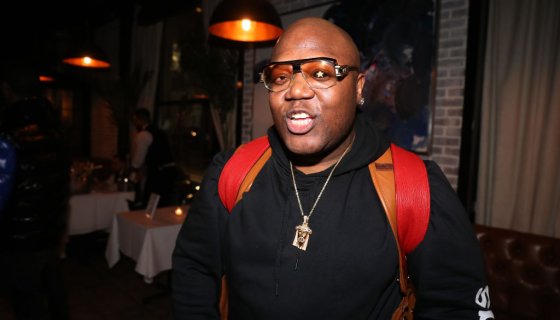 The beef between Atlanta natives  and former ThisIs50 mascot, Jack Thriller, is one of Hip-Hop’s most weird and hilariously interesting stories. Thriller stopped by Hot 107.9 and broke down the history of the tension between the two and gave us an update on their relationship, or should we say lack thereof.

For those who need a refresher, Jack got his wig pushed all the way back on during a taping of N.O.R.E’s podcast . They called 2 Chainz, and N.O.R.E put that battery in 2 Chainz’s back leading to one of the most epic verbal lashings in podcast history from the “No Lies” rapper and a legendary meme moment from , R.I.P.

Fast forward to the present day, Jack Thriller is now taking responsibility making 2 Chainz turn into Tauheed on him and explaining why he wanted to fight the rapper in the past.

“We got into it because he didn’t like me, and I wanted to be his friend, and I had got in my feelings. That was on some hoe sh*t, and when he just didn’t react to me the way I wanted him to react to me, I threw a fit. I said something that I shouldn’t have said, and I took it way too far on some clout-chasing, treasure trolly type sh*t. It got outta hand, and I was really disrespectful to that guy. It was so uncalled for, so unwarranted, and I’m a big fan. So, even when I tried to be mad, I couldn’t ’cause he kept on coming out with hit after hit after hit.”

“I felt so stupid ’cause I love him. But when I would see him and to see the hate in his eyes and the anger and the malice. He looked like he wanted to reach in and take my good eye and squeeze that b*tch, throw it on the ground, stomp that mother f*cker, and put it out like a cigarette.”

Thriller added that he is still scared of the rapper and that he makes an effort to avoid places where 2 Chainz is going to be. He also claims he sent the rapper formerly known as Titty Boi Edible Arrangements and singing telegrams with apologies. It sounds like it didn’t work because they are still not talking, and when someone says that anything with your blood in it is “p***y,” chances are they don’t ever want to get right with you. You can peep Jack’s interview below.