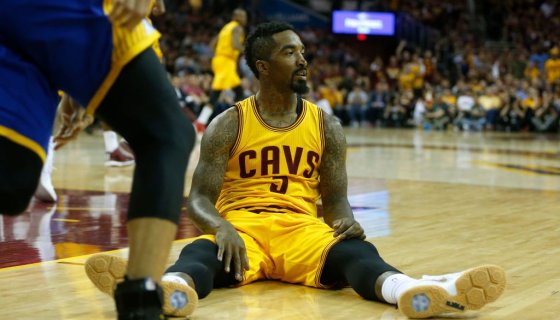 has been out of the league since November 2018, but fans of the streaky and often entertaining shooting guard will have a chance to seem him in action soon. For the rebooted NBA season, Smith is slated to join the Los Angeles Lakers, and NBA Twitter definitely got their jokes off as expected.

The Los Angeles Lakers are planning to sign free-agent guard JR Smith and submit his name as part of the franchise’s roster for the restart in Orlando, Florida, sources told ESPN.

Smith and the Lakers have been discussing a deal since starting guard Avery Bradley opted out of the season restart last week, sources said.

Smith and the Lakers were working through the final details of a contract on Monday in Los Angeles, and there are believed to be no hurdles to a finalized deal, sources said.

Although the ring rust will most likely be evident with Smith not playing since 2018, fans might recall that in 2013, he was given the NBA’s Sixth Man of the Year award.

While his scoring numbers dipped after winning the championship with the LeBron James-led Cleveland Cavaliers in 2016, Smith has the ability to explode when called for it. This also serves as a reunion for James and Smith, and .

With Smith’s return to the court, fans on Twitter have reacted as expected with some hoping that the New Jersey native still has buckets in him to aid the Lakers in their quest to take it all. We’ve got those reactions below.

If only we would have listened to JR Smith in 2016. pic.twitter.com/xZJdMG4oiZ

How Jr Smith and Dion Waitors are gonna be guarding each other during practice pic.twitter.com/uXKYBo72ej

JR Smith and Dion Waiters lookin at the brownies in the buffet line at Disney pic.twitter.com/8h7GeTgzV8

LeBron When JR Smith passes the ball to the wrong Antetokoumpo in the finals
pic.twitter.com/8d9fur5e48

JR Smith showing up to the Staples Center for the Lakers’ first game pic.twitter.com/Sr8jkrWqoH

JR Smith walking into the Lakers lockeroom high as hell before game 1pic.twitter.com/Q3Xg3RXgqZ

JR Smith when LeBron called him up to join him on the Lakers 😂 pic.twitter.com/X38MMzdy9n

Lebron in the locker room after JR Smith and Dion Waiters do some dumb shit
pic.twitter.com/p36vVzEri5

JR Smith after seeing all these memes about him joining the Lakers pic.twitter.com/QaQTxdsEy9

Jr Smith trying to enter staples center for the first round of the playoffs pic.twitter.com/LKEs92cA1y