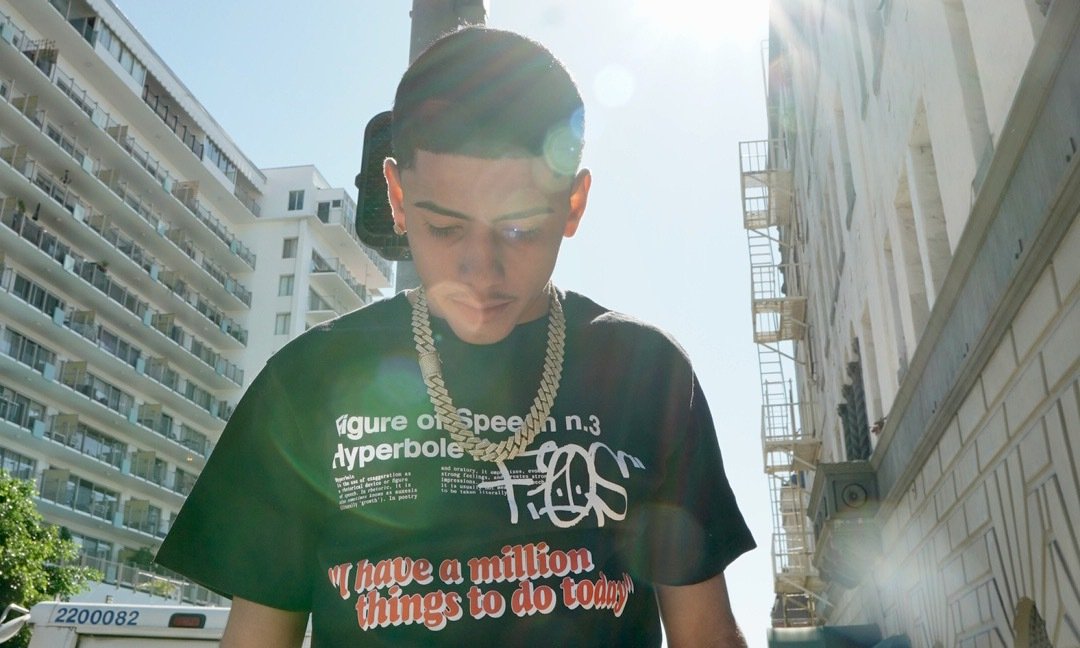 You can read this text in Spanish here. Translation by Debora Olalla.

Rejection hurts. It may affect your self-esteem, navigate future life-changing decisions, and sometimes lead to depression. But, in some, it can also inflict a surge of motivation. When then 12-year-old J.I the Prince of New York didn’t make the basketball team, he was angry and frustrated. Walking home, he decided he would focus on developing a skill that would center the aspiring rapper as the best.

A few years later, in 2019, J.I signed with Interscope Records subsidiary label G*Starr, releasing his mixtape Hood Life Krisis, Vol. 1 and Hood Life Krisis, Vol. 2 in December of the same year. His hit “Need Me” has gone gold–surpassing 89 million streams. As the standout single from his first mixtape, the track propelled his visibility in the scene. Flipping the JAY-Z classic “Best of Me, Pt. 2,” with Mya, remixing the drums and keys, the changes were essentially inspired by his love of reggae and dancehall. “I remember hearing certain reggae records when I was young, they’ve stayed in my head up until now,” J.I tells Remezcla.

It also embarked on a journey for the young rapper of Puerto Rican descent that aligned him with nods of approval by artists such as Cardi B, legends Jadakiss and Queen Latifah, and Drake, who sang his song “Used To” on an Instagram Live.

“I make it my priority to represent my heritage. I love being who I am and where I’m from. I feel like it’s only right to embrace it,” he says. Emerging from the line of artists in the current hip-hop youth scene, J.I has reinforced his intent to establish a connection between the United States and Latin markets. Most recently, he dropped “Spanglish,” where he made his bilingual debut alongside Myke Towers. The track marks a first for both artists, as the song presents J.I rapping in Spanish (and references Jerry Rivera’s “Cara de Niño Alma de Hombre”) while he is at it. It’s also the first time Myke sings in English.

“I sent over the beat I wanted, and I turned on him to take the lead with the hook. Usually, I do that …But I want to see what he’ll do with it,” he said. “On top of that, I saw it as a connection.” Finding the reality of their understanding for either language inspiring, as he barely speaks Spanish. Released this past July, his six-song EP Welcome to GStarr Vol. 1 illustrates various styles. There’s the rhythmic “Beautiful Girl” and “Love in The Club,” that serve as movement activators. The standout track “Painless,” with Lil Durk, finds both rappers smoothly rebounding off each other; J.I brings on NAV for “Painless 2.”

Born Justin Irvin Rivera, the Brooklyn-native began developing a taste in writing at an early age, marking English as the subject that effortlessly became his favorite. “I had a talent for writing. Eventually, I put the pieces together, and I started making my music,” he said. Freestyling by the age of 11 alongside his brothers, it didn’t take long for the lyricist to post videos on Instagram–leading to his discovery by producer-rapper Jermaine Dupri, who secured his spot on the second season of The Rap Game at 15-years old.

“The people I look to for inspiration are the older cats before me,” said the 17-year-old. Fostering his wordplay over boom-bap, he signals to Nas, Jay Z, Eminem, and Big Pun as significant influences. It has been Big Pun’s contribution to hip-hop that has resonated the most with him. “What he did for his people, my people, our people—I was in love with that.”

Growing up in a Nuyorican household, old school hip-hop and sounds by Hector Lavoe was the norm. Over time he began to appreciate these sounds as he began to create his music. “That’s why I made it my business to collaborate with Myke Towers, to embrace my people. ‘Cause I’m not alone. I love being where I’m from, and I’m not ashamed to represent who I am.”

As he continues to evolve, he expects to dive into his musical exploration. “I still feel I haven’t found my sound; I believe I have way more to go,” he said. His rap-singing style, paired with storytelling centered on heartbreak and street love, reflects the current melodic scene and infuses the Caribbean styles that raised him. There’s much to expect from this young star, and he’s well aware this is the genesis of it all: “This is just a glimpse of what I could do. I want to push myself to do way more.”