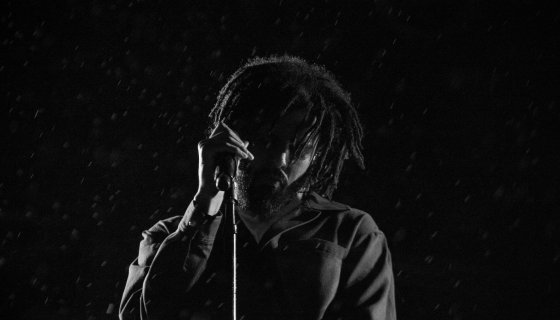 Is J. Cole cooking something up? Hip-Hop fans are suspicious after J. Cole’s alter-ego  “” returned to social media.

kiLL edward, the only person to successfully break Cole’s impressive streak of dropping albums landing on Jermaine’s last project, KOD is back. Cole’s alter-ego hopped on Twitter and directed his followers to the healEDWARDdontkill IG page, which is currently private and follows only eight people right now.

Before KOD was released, fans found a track named “Tidal Wave (just a little reference)” on streaming services April 18, which listeners noticed sounded like Cole just slowed down. Two years ago, precisely around this time, Cole took some on questions on Twitter, and the “Power Trip” rapper revealed that he was working on kiLL edward’s forth-coming project as well his next project titled The Fall Off.

Was working on the fall off. And helping kiLL edward with his album. @killhisways but he don't tweet a lot. https://t.co/L4hI1Bqwdp

Whatever is happening, it’s safe to assume that Cole and kiLL edward are definitely up to something. The world could definitely use some new music from both artists right about now to keep us entertained. All we can tell you for now is to stay tuned to both edward’s and Coles Twitter and Instagram pages for more surprises.