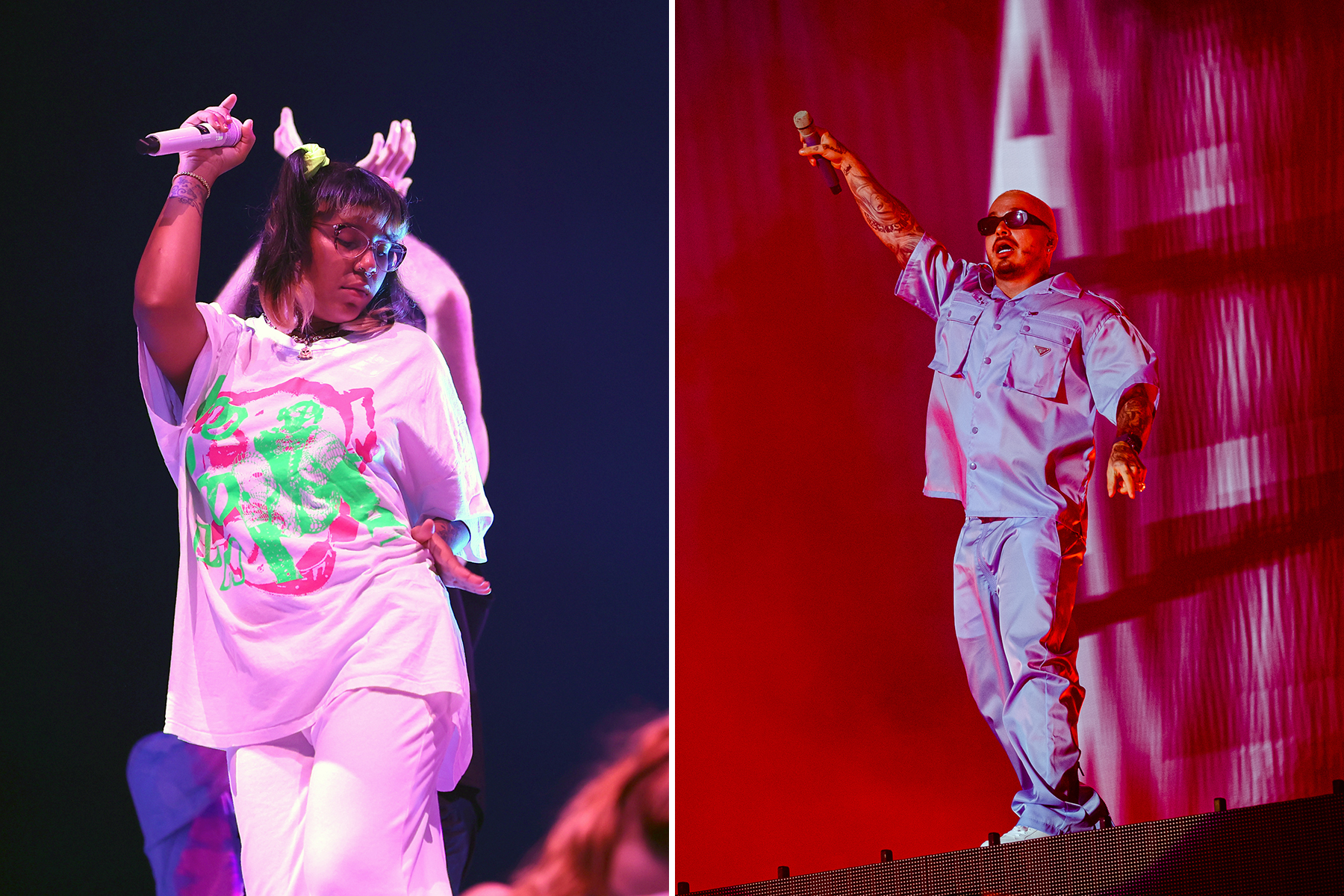 After weeks of being called out as racist and misogynistic, the video for J Balvin and Tokischa’s collaboration “Perra” (“female dog”) disappeared from YouTube on October 17. In an interview with Nuevo Culture, Tokischa spoke about the controversy for the first time, saying she’s sorry about how the video had been interpreted. Raymi Paulus, Tokischa’s manager and the video’s director, added in an email that the video was meant as a “satirical representation” of the “many contexts of the word ‘perra’” as well as life in the barrios of the Dominican Republic and femme sexual liberation.

A rep for J Balvin declined a request for comment from Nuevo Culture. On Sunday, however, the Colombian artist uploaded an Instagram story apologizing to people who were offended by the video, “especially women and Black communities.” He confirmed that he had “Perra” removed from YouTube. Only the official audio is available on his page, though others have since uploaded the original video.

'Pepas' Is a Smash Hit. Farruko Is Already on to the Next Experiment

The video faced immediate backlash when it premiered in September. On the dembow song, which appears on Balvin’s new album Jose and was written by Tokischa, the two artists trade rhymes about how Tokischa feels like “a dog in heat”—part of an explicit, overtly sexual message that’s in keeping with the rising Dominican star’s honest, sex-positive lyricism.

But while many fans applauded the way the song embraces female sexual agency, the visuals drew widespread condemnation. Throughout the video, Black actors wear masks and prosthetics that depict them as dogs, while other scenes include Balvin walking two Black women on leashes. Tokischa, who is Black, also delivers several of her lines while sitting in a doghouse. Criticism piled on from social media users, government officials, and even Balvin’s mother, who told a Colombian news network that when she saw the video, she wondered, “Where is the Josésito that I know?”

On Oct. 11th, Colombian Vice President Marta Lucía Ramírez and Presidential Council for the Equality of Women Gheidy Gallo Santos published an open letter, citing the video as one of two recent incidents in Colombia that “violate women’s rights and affect their dignity.” (The second revolved around a viral video of a Dutch man walking a woman on a chain in Colombia.) The letter only names Balvin as the artist behind the song and charges the lyrics with containing “direct and openly sexist, racist, machista, and misogynistic expressions that violate the rights of women, comparing them to an animal that must be dominated and mistreated.”

“In his video, the artist uses images of women and people from Afro-descendant groups—populations with special constitutional protection—whom he shows with dog ears,” the letter stated. “In addition, while walking, the singer carries two Afro-descendant women tied with neck chains and crawling on the floor like animals or slaves.”

In his Instagram video, Balvin said he’s “always been about tolerance, love, and integration, just as I’ve always liked to support new talent—in this case Tokischa, a woman who supports her people, her community and empowers women.” He also apologized directly to his mother.

On a Zoom call from the Dominican Republic in Spanish, Tokischa tells Nuevo Culture that the song was one of several she sent Balvin and that he chose it specifically for Jose before traveling to the Dominican Republic to shoot the video. She said she was inspired to write “Perra” while having sex and that she wanted to tease out the wordplay in the phrase “perra in calor.”

“I said that if I’m going to talk about ‘perra en calor,’ I’m going use all the language associated with dogs: ‘perro de raza’ [purebred], ‘Purina’—which is a word with a double meaning because here, that’s what you call a product that’s really pure… ‘la perrera’ [the pound]. It was very conceptual. If you, as a creative, have a song that’s talking about dogs, you’re going to create that world,” she says. She adds, “I understand the interpretation people had and I’m truly sorry that people felt offended. But at the same time, art is expression. It’s creating a world.”

Paulus says that the decision to have the actors act as dogs had to do with the “realities of the barrio” and the way its people are seen in society. “Everything that was represented is from the barrio: the Doña [an older woman], the Don [an older man], the men, and the women; in that video they were dogs because they belonged to that context,” he says.

“Our creative process never aimed to promote racism or misogyny,” he continues. “The Dominican Republic is a country where most of the population is Black and our Blackness is predominant in underground scenes, where the filming took place, and which was the subject of the video’s inspiration. ‘Perra’ was a video filmed in the neighborhood, with people from the neighborhood, and the use of people of color in ‘Perra’ was nothing more than the participation of our people in it.”

In response to criticism around the video, he says, “I’m an underground director and I feel like the video was taken out of context. I understand that there will never be a unanimous opinion about what constitutes art, but, for me, art not only communicates beauty and positivity—it also communicates the shortcomings of society, taboo subjects, and other ways of seeing reality that do not always align with the pop vision that dominates the current market.” He addressed Ramírez’s comments directly: “Regarding the vice president of Colombia, my [Colombian] friends tell me that the elections are approaching.”

Tokischa implies that she wasn’t involved in the decision to take the video down, saying that she “didn’t really know” who made the final call but that she thought “there was a team behind that choice.” She adds that she had spoken to Balvin since the controversy and that she supports him during what she calls a “difficult moment.” “He came here to record with me and to share his platform with me,” she says. “Now I’m like ‘What did I get Jose in?’”

It’s not the first time that Balvin has been criticized for issues pertaining to race: Last year, the Colombian reggaeton artist was slammed on social media for using a hashtag that read “#EveryLivesMatter.” He faced criticism again in July for his use of Black aesthetics in his video for “In Da Ghetto.”

He’s been embroiled in other controversies:. After the Latin Grammy nominations were announced in September, he suggested on Twitter that reggaeton artists boycott the awards ceremony. This irked the Puerto Rican rapper Residente, who recorded an Instagram video comparing Balvin’s music to a hot dog cart.