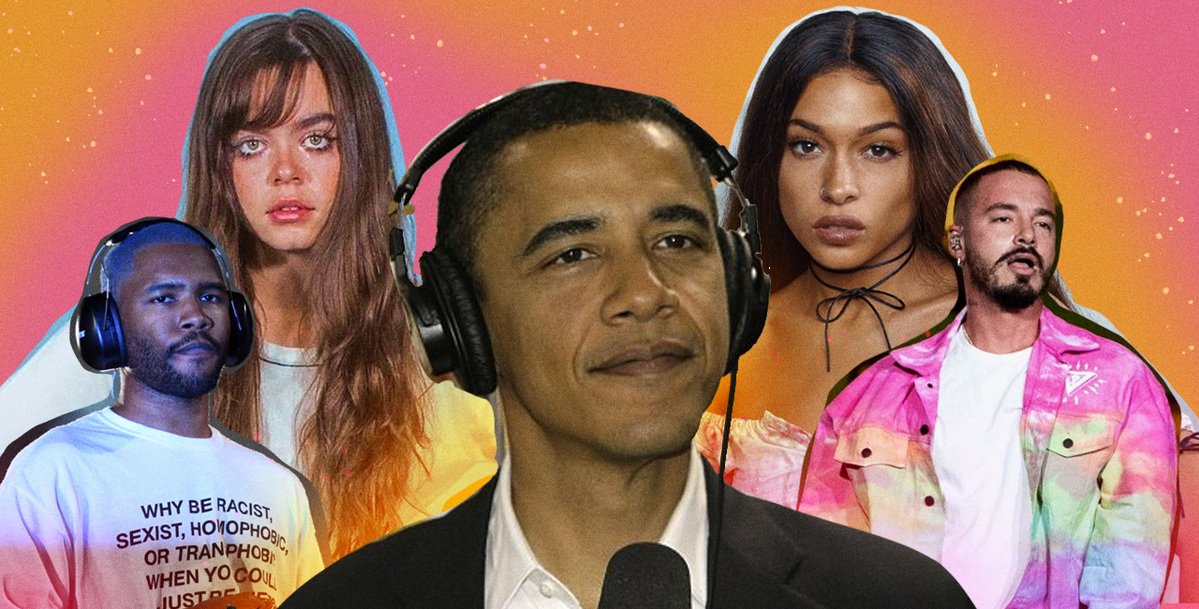 Former President Barack Obama released his annual Summer Playlist this week. Among the Latin music included on his 2020 list is the super collaboration “Un Día (One Day)” and a hidden treasure by Venezuelan indie artist Maye.

For the past few years, Obama has made it a tradition to release his “Summer Playlist.” It’s always an eclectic bunch of tunes with Latin music usually included in the mix. Colombian reggaetonero J Balvin’s “Un Día” with British pop star Dua Lipa and Boricuas Bad Bunny and Tainy made the playlist. The global hit sits at No. 1 on Billboard’s Hot Latin Songs chart for a third week.

A surprise inclusion on Obama’s playlist is “Tú” by Maye. She was born in Caracas, Venezuela and grew up in the United States. Maye released the quirky Latin pop song back in September 2019. It’s hypnotizing how she often repeats “Tú” throughout the track. “I can’t believe this,” she wrote in her Instagram story about Obama vibing to the song.

Frank Ocean’s Spanish song “Cayendo,” that he released in March, also made Obama’s Summer Playlist. The R&B singer-songwriter surprised the Latin music world with that single, proving that he has the chops to sing beautifully in both Spanish and English. It was a top 10 hit on the Hot Latin Songs chart.

Other great picks on Obama’s Summer Playlist include Princess Nokia’s “Gemini,” the Beyoncé remix to Megan Thee Stallion’s “Savage,” and Queen Bey’s “Already” from her recent Black is King visual experience. DJ 44 has a great taste in music.