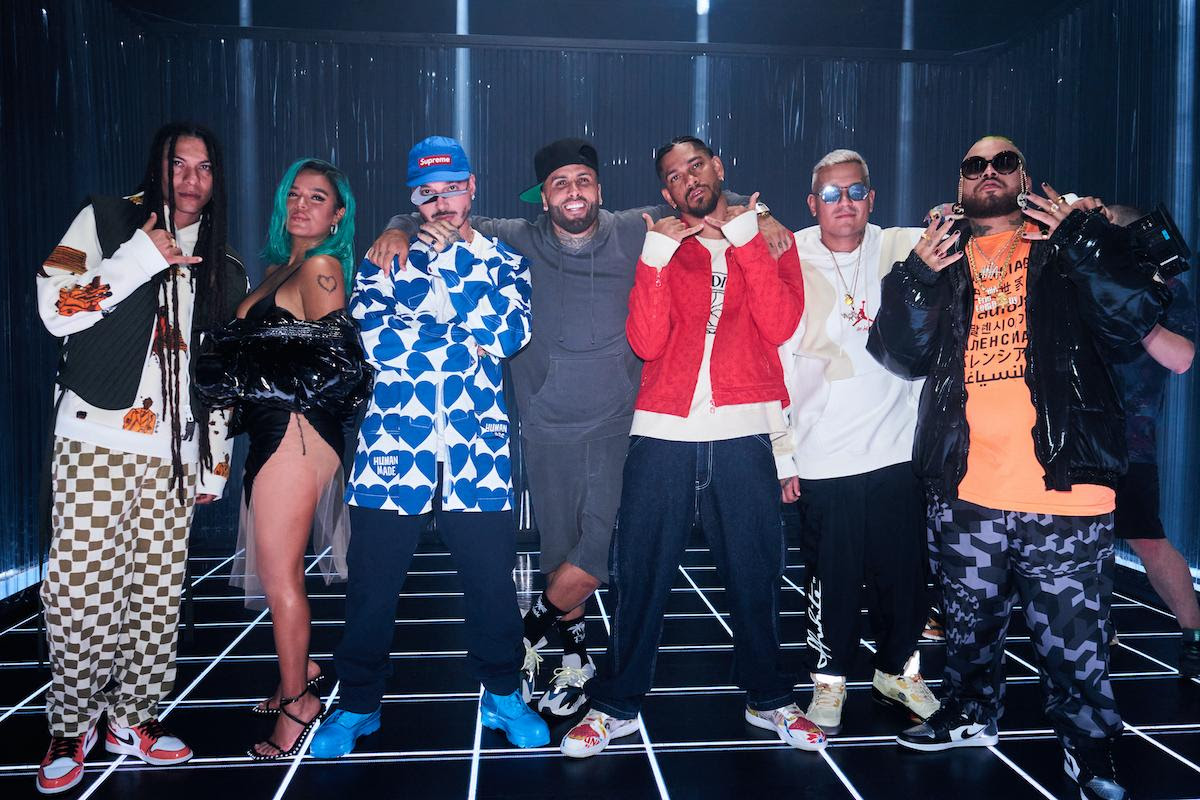 J Balvin, Karol G and Nicky Jam have collaborated on a remix of “Poblado.” The trio also star in a vibrant music video for the track, which sees them living the high life.

The song, from Crissin, Totoy El Frio, Natan and Shander, first dropped last year and has tripled in length for the new remix, which lets the three guest singers each get a chance to do their thing.

In May, Balvin marked his 35th birthday with a new video for “7 De Mayo,” a track from the Colombian singer’s upcoming fifth studio album. The song, which charts J Balvin’s artistic journey, is the fourth track the singer has shared from his next LP, the follow-up to 2020’s Colores.

“This new album is all about me,” Balvin told Nuevo Culture of his next LP. “It’s the first time I’m going to talk about personal stuff. I’ve never done that before.” Despite the project’s highly personal nature, he says he’s still doing what he loves and what he’s good at: making hits and repping reggaeton. “I’m definitely trying to just elevate every single aspect of myself with this album. You have to compete with yourself. It’s about trying to get better and better, and being fearless about it.”

The singer has released several songs from his upcoming LP, and most recently teamed up with Argentinian singer María Becerra for “Qué Más Pues?”