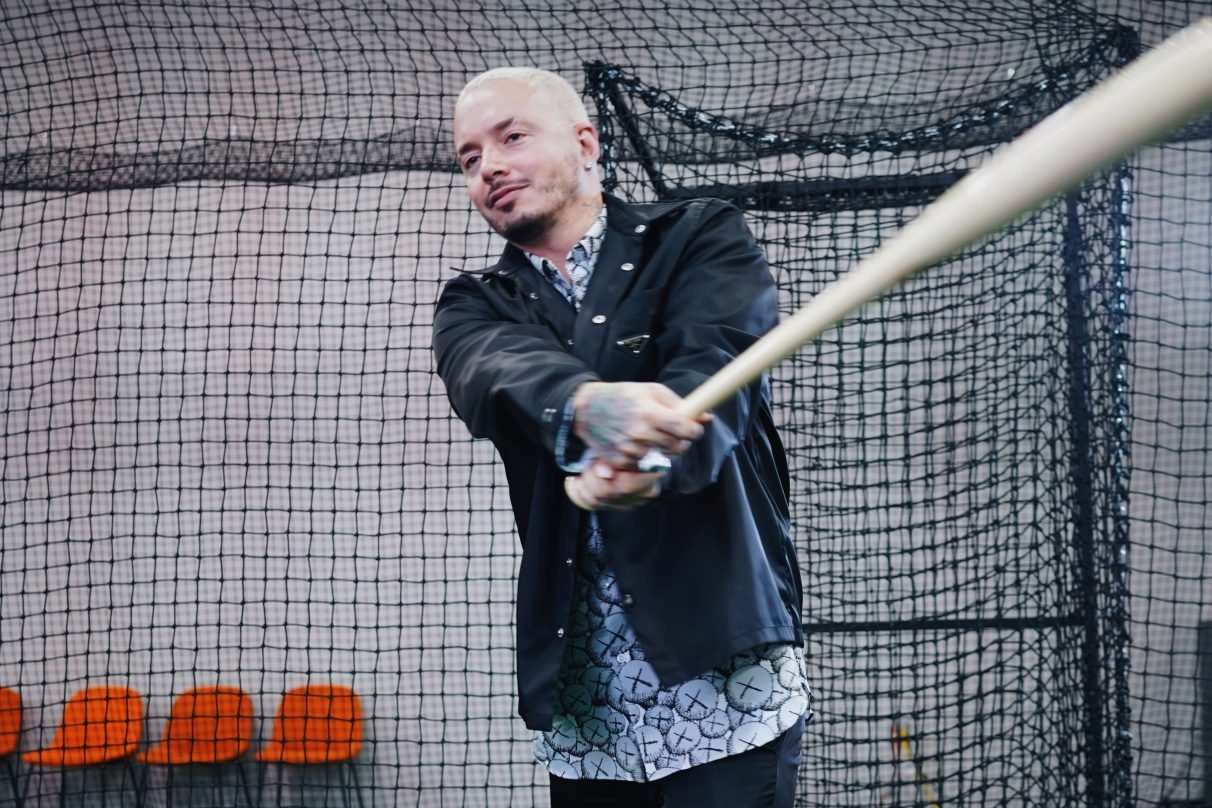 If any musician could fit in with Major League Baseball players, superstar José Balvin definitely comes to mind. As one of the most popular reggaetón artists today, the Colombiano is no stranger to hitting home runs with his songs — but we also learned that he’s not afraid of hitting some actual balls, too.

In collaboration with the MLB and Rapetón, Balvin recently showed off his athletic ability inside the Citi Field batting cage under a high-pressure scenario — and the Remezcla team was there to capture the moment. No, the World Series wasn’t on the line, but Balvin was going head-to-head with Francisco Lindor, Puerto Rican shortstop for the New York Mets, in a new interview series called En Curva.

En Curva is a mix between a trivia contest and some pre-season batting practice. Rapetón host Ángel “El Gurú” Vera led the competition by taking on the role of big league pitcher with the help of a manual pitching machine. 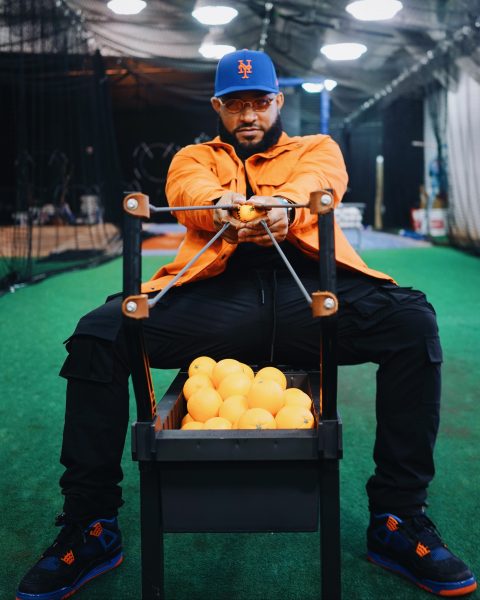 At home plate, it was Balvin’s job to hit the ball and Lindor’s job to give him tips on his batting form. Although they had their assigned role, the matchup felt like a friendly game at the neighborhood sandlot or on the block. There was a lot of laughing, joking around, and teasing between Balvin and Lindor. Like two hermanos or primos spending the weekend together playing catch, the singer and swinger were all smiles and laughs in between hits.

Still, before everyone started having fun, some business had to be taken care of to start the game. Lindor explained to Balvin that it’s tough to hit a baseball, even one made of foam. In the MLB, Vladimir Guerrero Jr. has the best batting average of all players at .321. That means if Guerrero Jr. got 10 baseballs pitched to him, he would average about three hits.

One of the first strikes had Balvin teaching Lindor and Vera how to do the “In Da Getto” dance from Balvin’s 2021 collaborative single with Skrillex.

The trio then started talking about Balvin’s new album, José. Balvin said it was a very personal one and that he doesn’t want people to call him J Balvin anymore. He wants to be called by his birth name, José. “Who’s more important – the artist or the person?” Balvin asked. “The person, period.”

We won’t reveal all the tough questions presented to Balvin and Lindor during the interview series, but we’ll give you a quick sample: Who’s the best artist or player? Which artist or player would you like to exchange your sneaker collection with? Balvin also had to pick which album was his favorite between Don Omar’s The Last Don, Daddy Yankee’s Barrio Fino, Wisin y Yandel’s Pa’l Mundo, and Tego Calderón’s El Abayarde. 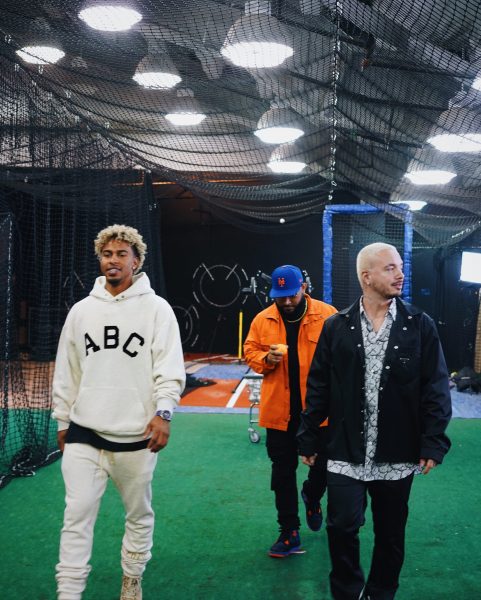 Balvin and Lindor also talked about how they both like to make a statement with their styles in clothing. Not everyone can pull off neon pink hoodies and rainbow-patterned jackets like Balvin, but Lindor is comfortable playing ball in neon cleats.

“I’ve always seen fashion, clothes, dyeing your hair or doing things a different way as ways of expressing yourself without having to say a word,” Lindor says.

This moment together showed us that whether it’s through reggaetón or baseball, both Balvin and Lindor have taken their respective talents to a whole new level and know a thing or two about hits – in the recording studio and on the diamond.

Watch the interview match up below: