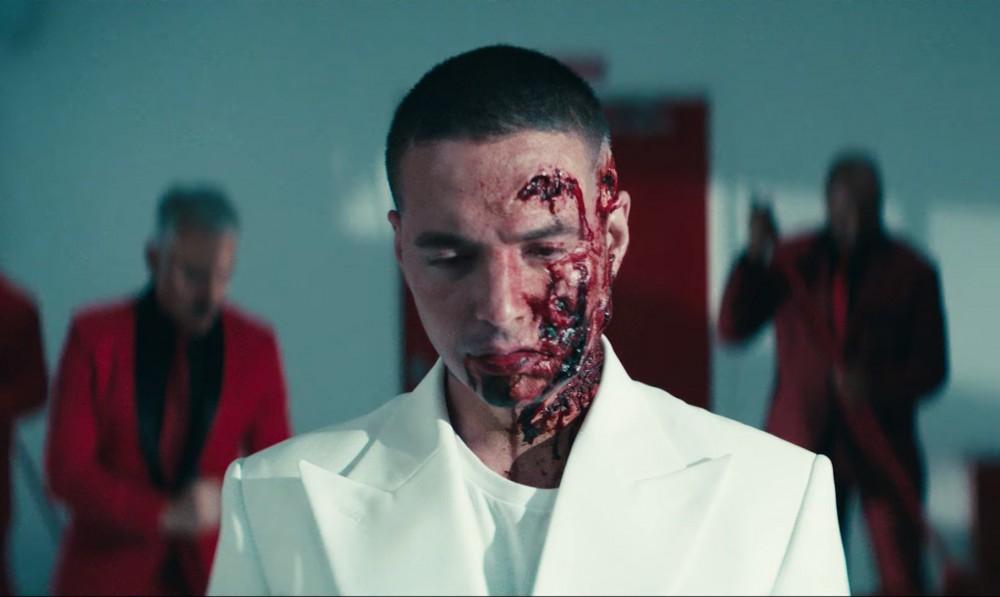 After enjoying much fanfare at his Super Bowl halftime performance, Colombian superstar J Balvin has dropped a gory new visual for his latest single, “Rojo.” The new song, as well as previously released songs “Blanco” and “Morado,” will feature on his upcoming album Colores, which is set for release in March and is available for pre-order.

The Colin Tilley-directed video serves as a cautionary tale to not be distracted while driving and to remain present. In the affecting clip, Balvin is en route to witness the birth of his daughter at the hospital. While driving and talking on his phone, he suffers a fatal accident. He then continues to haunt his family, from the birth of his newborn through scenes of his family trying to move forward in the wake of his death. From heartfelt interactions with his growing daughter to humorous interactions with would-be suitors working to court the mother of his child, Balvin watches over their lives, ultimately accepting that life should continue on for those he loves.

Balvin’s fourth studio album follows the release of Oasis, his joint album with Bad Bunny, in 2019. Oasis was nominated for Best Latin Rock, Urban or Alternative Album at the 2020 Grammy Awards, and was named one of Rolling Stone‘s Best Latin Albums of 2019. Balvin also unveiled the color-themed track list for the upcoming LP on Thursday.