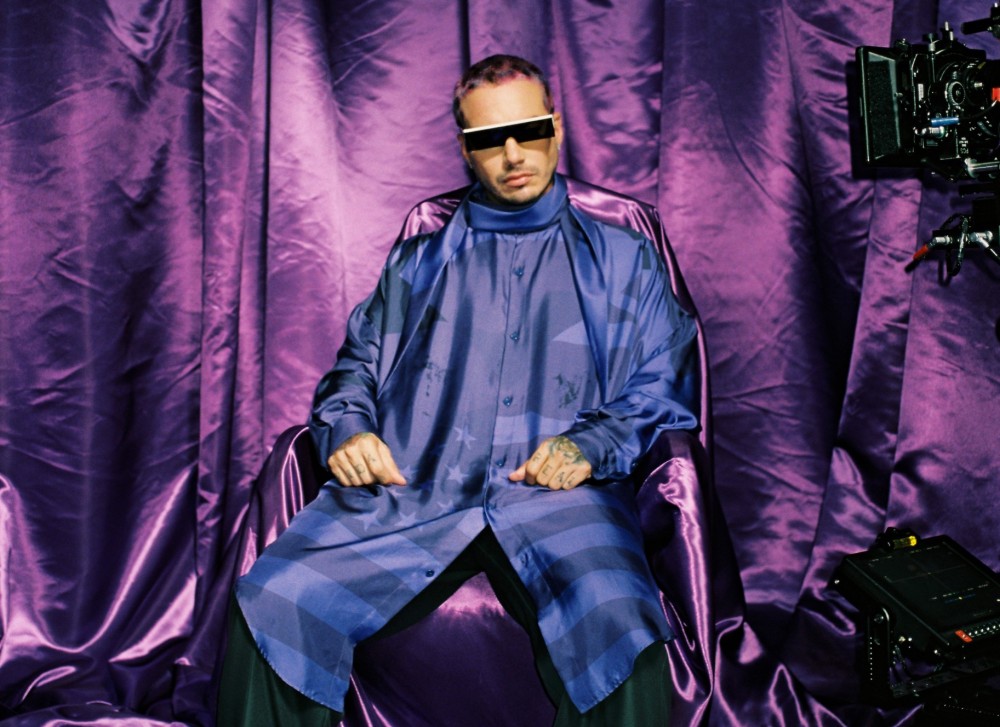 After his Black Eyed Peas-assisted hit “Ritmo (Bad Boys for Life),” was crowned the Number One Latin song by the end of 2019, J Balvin aims to continue his winning streak. This Thursday, he released a brand new track, titled “Morado,” his first single of 2020.

“Morado,” which means “purple” in Spanish, is the second chapter of Balvin’s “Colores” single series. The song follows “Blanco,” his single released last fall. Produced by his right-hand man Sky Rompiendo, “Morado” is a work of gothic reggaeton, bound by a creeping synth and a creepier premise. “I ordered a drink and she’s the bottle/Abuse it whenever I’m with her,” he sings: but he’s not exactly drunk in love. “Pay attention, or else you’ll crash,” he continues, “If there’s any problem, it’s her fault.”

In the Collin Tilley-directed video, a crowned Balvin lords over a spooky mansion in the countryside, where he’s surrounded by a harem of y women. Both draped and eventually, drenched in purple, the Colombian superstar and his crew of models evoke the ultra-luxe aesthetic of classic Biggie videos.

Balvin is currently working on a solo, full-length follow up to Oasis, his 2019 album with Bad Bunny. Oasis is nominated for Best Latin Rock, Urban or Alternative Album at the 2020 Grammy Awards.