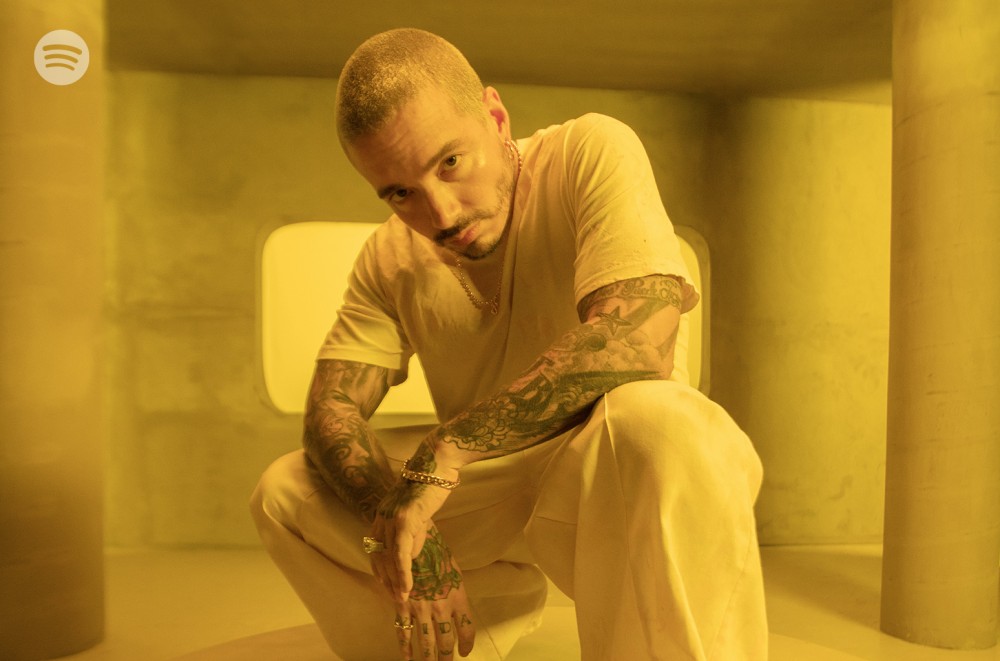 Colombian superstar J Balvin had slated his upcoming fourth studio album, Colores, for a March 20th release. However, the artist announced that he would expedite its release for Thursday, 7 p.m. EST — or 6 p.m. in his native Medellín.

Colores will be available for streaming exclusively on Spotify Thursday night and presented as a visual album dubbed the Colores Experience. For each of the 10 songs, all named after colors, Balvin himself will lead a guided meditation that channels the color and explain its relationship to the music.

“The idea of making Colores came to me in a moment of leisure,” said Balvin in a press release. “I was calm and I got the idea of naming the album Colores. And I thought… ‘Why not name each song after a color?’ Each person will have their own perception of each color [in] the album. Maybe they can close their eyes and [‘Rojo‘] isn’t red to them, but blue.”

Balvin describes his own associations with the colors to further illuminate the theme of each song. To him, yellow inspires happiness, whereas pink evokes a more “y” feeling and visions of cherry blossoms. He adds that the color blue reminds him of the Caribbean sea, and green of prosperity. Meanwhile, the song “Arcoiris,” named after the rainbow, symbolizes “union, inclusion, love, happiness, good vibes, tolerance and life.” Listen and watch below.