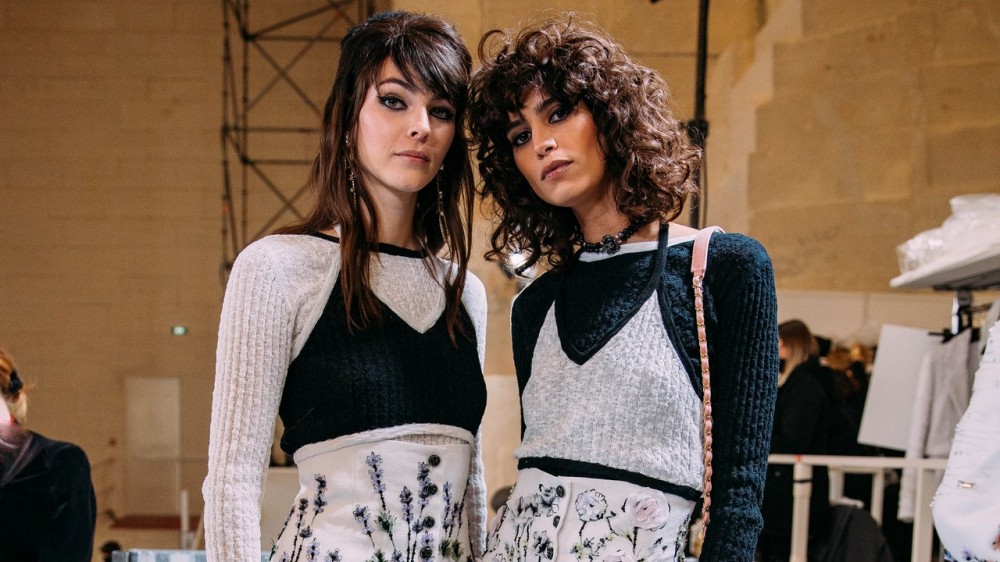 Ask any fashion insider what perks they’ve missed most since Covid became the new reality, and Chanel’s cruise show would be near the top of the list. Last year, that event would have entailed a migration to a sumptuous villa on Capri, the latest in a string of dream destinations that in the not-so distant past have included Seoul and Cuba, though the French house has also been known to recreate Gabrielle Chanel’s apartment or her beloved Riviera retreat, La Pausa, to the Grand Palais in Paris.

On Sunday, creative director Virginie Viard put a new spin on the concept by filming the cruise collection in Les-Baux-de-Provence in the Alpilles mountains, a beguilingly craggy region where vestiges of the Roman empire greet the eye at every turn. Jean Cocteau chose its hulled-out limestone quarries as the setting for his 1959 film Testament of Orpheus, a fantasy biography in shadow and light featuring cameos by friends including Pablo Picasso, Roger Vadim, and Françoise Sagan.

Gabrielle Chanel also had an intense friendship with Cocteau, whose affection for her lives on in letters to “chère Coco” spanning the ’20s to the ’50s. While those love notes inspired Viard to revisit their relationship through fashion, they also opened up a constellation of touch points about friendship and a shared love of art, books, and music. “I love when it’s about connecting the dots,” Viard told Vogue.

It also revealed her taste for disruption. In any other context, those quarries—now the Carrières des Lumières art venue for light and sound installations—would have been impracticable. As it was, such a remote and quirky configuration created an ideal backdrop, with cavernous passageways illuminated by Cocteau’s signature stars opening onto a desert-like open-air theater capped by a crystal blue sky.

Pavlovsky praised Viard’s now two-year solo tenure at the helm. “She has a very modern eye, and her influence on the house’s style really resonates with our client. They don’t know her because she’s very discreet; she’s not a public figure like Karl was. But she’s asserting herself more and more, and they love her vision of the Chanel woman. And the wonderful thing about the cruise collection is the freedom of expression it offers, there’s a lightness that makes it different and anticipated, especially now.” The fashion business, he added, has seen double-digit growth since last summer.

For the filming of the show, and in keeping with current health guidelines, just a handful of journalists and a smattering of friends were invited on-set, among them Marie-Louise de Clermont-Tonnerre, new ambassadress Charlotte Casiraghi and her husband Dmitri Rassam, Princess Caroline of Monaco, Vanessa Paradis, Caroline de Maigret, Elizabeth von Guttman, the author Anne Berest, the actress and singer Alma Jodorowsky, and the award-winning performers Juliette Armanet and Angèle Van Laeken, the Belgian singer who goes by her first name only (her songs are often on loop in the studio, one insider noted).

Like Cocteau’s work in this collection, artistic influences are always woven into the narrative, but Viard and her team also have been meticulously parsing the process to ensure that the famed—and endlessly copied—Chanel tweeds hew to the times as sustainably as possible. Four Lesage tweeds, in black and white windowpane checks or in cool Mediterranean pinks and blues, represent what Pavlovsky called “the Chanel of tomorrow” in terms of sustainability; fully one-quarter of the materials in the collection were GOTS and GTS certified as well as more than 70% eco-responsible. Come fall, all Chanel staffers will be wearing black tweed jackets woven in upcycled fibers, for example. “You can’t embody the ultimate luxury without being uncompromising about it,” Pavlovsky added. “It’s fundamental, it’s a transition that will take time, it’s all in the details and we’ll get there.”

On Monday, the guests gathered once again, this time on the grounds of L’Oustau de Baumanière, a sprawling luxury retreat freshly transposed into the world’s chicest open-air literary salon for the latest of Chanel’s Rendez-Vous Littéraires. Hosted by Casiraghi and designed to showcase books by and about women of substance, this new rendezvous dedicated to the theme of the young girl featured the literary historian Fanny Arama and guests Berest and Jodorowsky.

“We’re proud to hold these discussions because emancipation is also Chanel’s story, and a love of books goes perfectly with the house,” Pavlovsky observed. “Mademoiselle Chanel could have done it, Karl could have with 7L, and Virginie does it very well. It never would have happened without her. Today, defending ideas is more important than ever, and we’re honored to do it at Chanel.”

That evening, the festivities culminated as they would have in normal times, with a private concert organized by the musician Sébastien Tellier but also a surprise twist as Casiraghi stepped onstage and joined in vocals with Angèle, Paradis, and Armanet.

“After a year of being shut in, being outside, in the light, singing onstage and all together is something just extraordinary,” offered Paradis post-show. “What really resembles Virginie is that in addition to designing, she’s very musical—the show evoked punk and rock and roll and Barbarella, so doing this concert was her idea, a way to celebrate a Chanel moment, the whole mix of things we love.”

“I’m just feeling so lucky to be here, for two great causes, fashion and music, and also very moved by everything I’ve seen and heard, it’s very poetic,” added Angèle. “For me it’s a reminder to stay as positive as possible and make the most of the moment.”

It might also mark the beginning of a fresh new chapter. With its sights cast hopefully on July, Chanel plans to return to an in-person couture show, for a limited audience, in the garden of the Palais Galliera. And when that happens, it just might mark the end of the digital-only fashion experience.