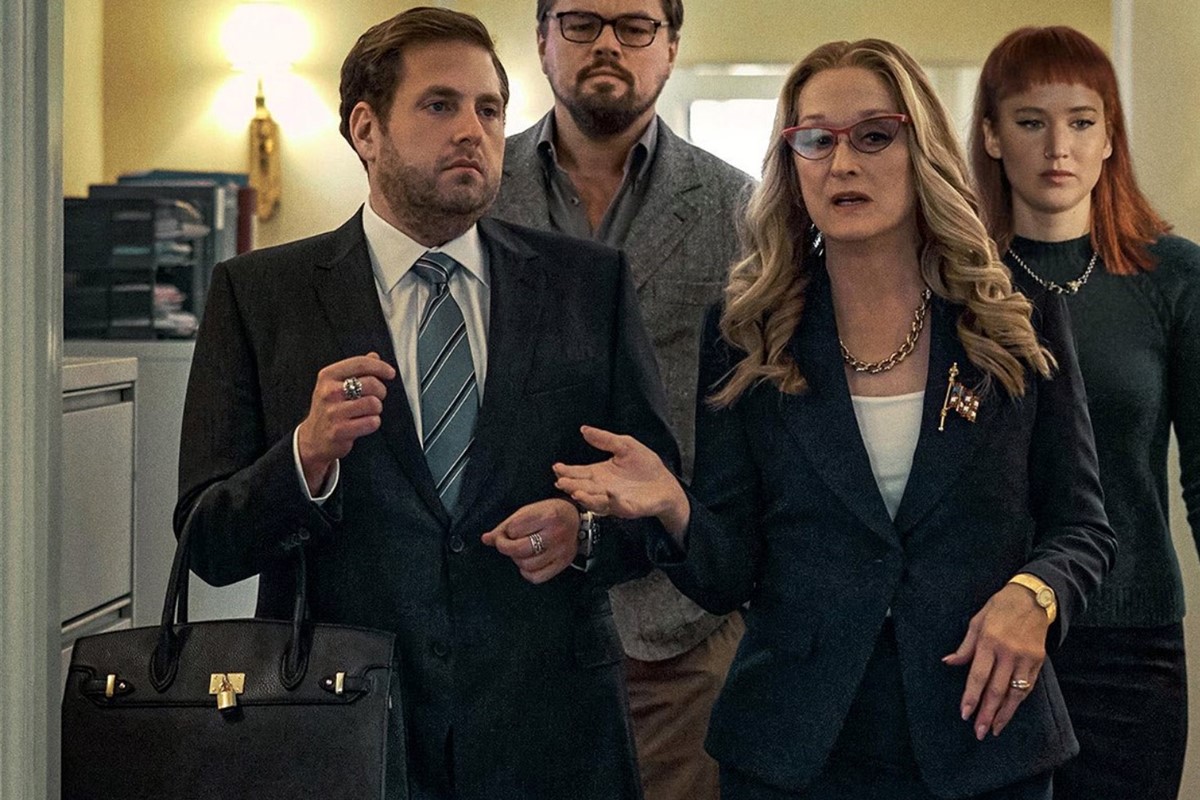 There was the neckbeardy, scumbro moment circa 2018, but then he started drinking cold brew and so (naturally) began to wear Palace, which was then followed by a period of cashmere, pebble-toned pieces from The Row, worn whilst “looking for a third” with Zoë Kravitz. The style evolution of Jonah Hill has played out in real-time. Fans of Hill, of which there are many, have stuck with the actor through his most awkward of years – blossoming from a down-on-his-luck-but-funny sidekick on-screen, to an ebullient, “concept store” style staple off-screen. It’s even rumoured that GQ has an in-house Jonah Hill reporter!

Hill’s latest fashion moment, however, takes some reckoning. A promo shot of Don’t Look Up – which gets its worldwide release later this year – has captured the actor, hands pinched into the air, whilst dangling a Birkin-style bag off the crook of his arm. A wide-striped bank teller tie and ill-fitting suit are offset only by a pair of Chrome Hearts rings. The look, as some have suggested, conjures the image of Barron Trump strutting about the White House, while others have seen a dangerous Upper East Side mother-in-law reflected in the actor’s sour expression and calfskin holdall (which is not actually Hermès, btw).

Either way, the costume department is clearly speaking to a particularly venal layer of the upper-crust. “They won’t let me give too much away but creating this guy was the grossest blast I’ve ever had,” Hill said. “I thought, what if Fyre Festival was a person and that person had power in the White House.” Sure enough, the trailer, which went live today, sees Hill’s character roll his eyes and bemoan droughts, famines, and impending apocalypse. Only, Hill is not the only actor dressed without redemption. By the looks of it, Meryl Streep plays a Trumpian overlord, styled somewhere between a Stepford Wife and a Fox News anchor, while Leonardo DiCaprio’s goatee gives big Bitcoin incel. Jennifer Lawrence has, unfortunately, been given terf bangs.

Watch the first trailer of Don’t Look Up below.