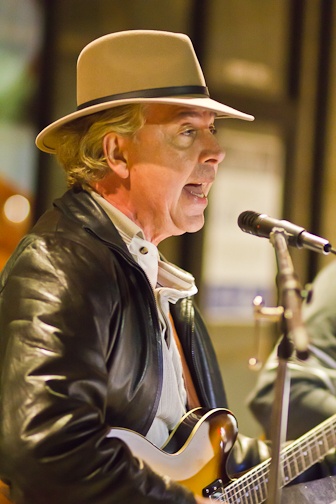 International composer Miguel Alonso, better known as Mike Alrue, was born in Spain before moving to Mexico with his family at the age of thirteen years old. He has earned a global following thanks to his multiple records, singles, soundtracks, and over 2500 jingles composed for advertisements, ranging from Classic and Acoustic Rock to New Age, Ethnic, Jazz, Classical, and Contemporary Gospel. His unique particularity lies in his ability to effortlessly juggle between these far apart genres and yet always succeed at creating compositions that feel like they were composed by one the masters of these genres.

Mike Alrue’s older brother is a professional and classically trained pianist, and he is the main reason that inspired Alrue to pursue a career in music. After successfully obtaining a degree in Hydrobiology at the Metropolitan University in Xochimilco, Mexico, he started working in the field of music, turning out to be an extremely prolific composer.

Alrue has composed over 2500 jingles for both the American and Hispanic market, and has worked with brands such as Hallmark Cards, Kodak, McDonald’s, CSK Auto, Fry’s Markets, Good Samaritan Hospital, Iberia Airlines, Chevrolet, The Arizona Lottery, SCF Arizona, just to name a few. Alrue is also the composer of soundtracks for more than 25 movies and documentaries, including HBO’s “Shadow Trap”, CBS’ “Welcome Maria”, and the animated series “Captain Cousteau”, which was a dream come true because as a marine biologist and scuba diver he always wanted to meet the famous explorer of the ocean, Captain Jacques Cousteau. Mike Alrue is also the composer and creator of multiple albums including “Logos”, “Vida Nueva”, “Tales from the Piano”, “Light Years”, “Tomorrow Found Me Dreaming” and “Monsoon”.

This impressive repertoire as an international composer gives him a unique status among artists nowadays, blending creativity, imagination, and flawless execution no matter what he does in the wide spectrum of the musical realm.