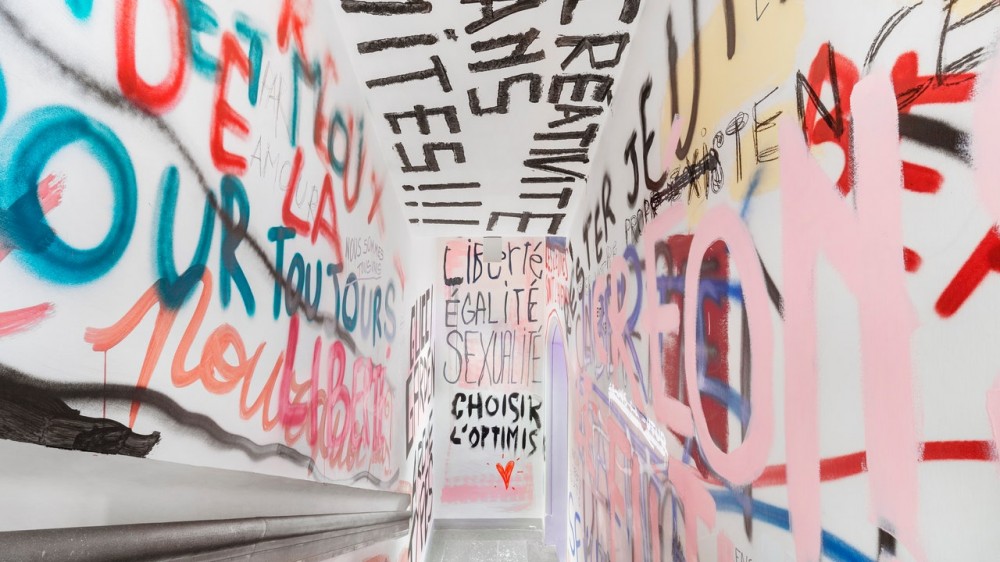 A lavish birthday bash is in order for a brand turning 100, but don’t expect anything obvious from Gucci. Glossy coffee table tomes and lofty archival retrospectives are not of interest to Alessandro Michele. The Gucci creative director operates on obsessions and idiosyncrasies. To kick off the company’s centennial festivities, Michele released his Aria collection last month. It was a virtuosic display, merging updates of Tom Ford-era hits and reinterpretations of Balenciaga by Demna Gvasalia looks via a new “hacking lab,” and tapping into both Gucci’s history and its knack for phoenix-like reinvention.

Now comes Archetypes, an immersive, rather wondrous multimedia experience opening today at Gucci Garden in Florence, which recreates the sets of 15 of the most conceptually adventurous and visually impactful advertising campaigns envisioned by Michele in his six and a half years at the helm of the Italian label.

At a socially-distanced press conference held on the Garden’s premises yesterday, Michele described the exhibition as “a playground of emotions.” Indeed, winding through the museum’s labyrinthine rooms, the cinematic installations give an entertaining aperçu of the designer’s unbridled imagination and narrative audacity.

As a sort of amuse-bouche, the stairs leading to the exhibition are wallpapered with hand-painted graffiti reminiscent of Michele’s pre-fall 2018 collection, “Gucci Dans Les Rues,” which was intended as an homage to the Paris riots of May 1968. Moving up to a floor-to-ceiling glass-shelved room, visitors are confronted with Michele’s many passions, represented via the fall 2018 “Gucci Collectors” campaign. A mind-spinning display features 1,400 cased butterflies, 110 period wigs on that would’ve made Marie Antoinette green with envy, 420 pairs of variously embellished sneakers, 182 cuckoo clocks, each one set to a different time, and an enormous number of stuffed toys.

Then there’s a red lacquered bathroom that replicates the one in a Berlin nightclub where the spring 2016 campaign was shot, referencing the ‘Rebellious Romantics’ collection, which was inspired by the German city’s youth subcultures. All in all, it’s an epic, sensory-overload experience, but also a therapeutic one after a year of lockdowns and numbed senses.

“We’ve brought Gucci on a crazy tour into uncharted territories of dream and poetry,” Michele said, crediting CEO Marco Bizzarri, who made an impromptu appearance at the press conference, for all his support. The executive had his own words of praise for Michele: “I’m in love with what Alessandro does, as he keeps surprising me.”

“These past six and a half years have been sort of a psychoanalytic journey,” Michele continued. “It’s been like digging deep, like if I had to investigate the brand’s unconscious extensively but without nostalgia, because there’s always this jolt of unexpected vitality at its core that makes it alive and magical” His gift for tapping into the spirit of the times comes “from the gut, from instinct, and from me being an eclectic who easily falls in love and just as easily gets bored,” he said. “I need to feel constantly challenged and a little uncomfortable. Everything we’ve done wasn’t because we were complacent, it was born out of a sort of discomfort.”

Michele’s campaign storytelling has proved a wide-ranging cultural weapon to reach audiences of all ages, races, and genders: “Probably we helped detonate something really powerful and unconscious that already existed, like in the psychoanalytic process, something that’s already there but you’re not aware of,” he said. “I don’t believe in fashion which speaks of the future, like Pierre Cardin or Paco Rabanne,” he continued. “For me, fashion narrates the exact moment which we’re going through; it obviously contains the seed of the future, because the present is the only possible future we know. The great power of Gucci is that it’s been able to include and channel the emotional point of view of an enormous variety of people. It’s something that’s almost magical.”

A virtual tour of the Archetypes exhibition will be offered from May 17th for two weeks on Roblox, the online platform with which Gucci has partnered on various projects. Visitors will be able to explore a virtual gallery inspired by the advertising campaigns exhibited at Gucci Garden, in which avatars absorb elements of the exhibition to transform into digital artworks.

“It hasn’t been an easy journey,” conceded Michele, “because the beauty and the fashion industries have a tight hold on the rules that make their business operate. But at Gucci we’ve opened the doors, we’ve understood that the street is the new jet-set and that we’re all sharing the power of beauty. We’ve made Gucci excessively eclectic because we live in an excessively eclectic reality. The brand has just soaked it all in.”