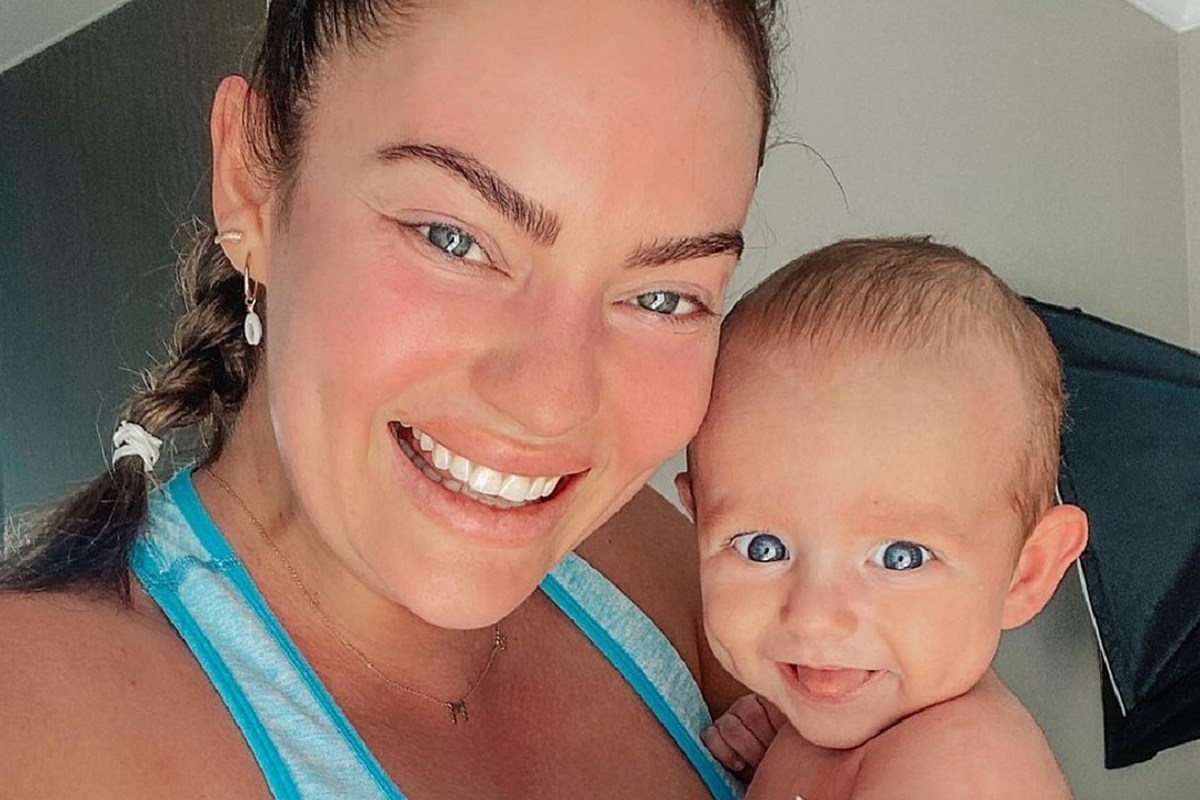 Skye gave birth to her son, Izaac, on June 18. She shared an Instagram post shortly after he entered the world and promised to let fans know the wild story behind his birth.

Skye gave birth almost a month before his due date on his big sister Mia's play mat. Prior to his birth, she did a workout with her daughter. "I was feeling very heavy between my legs and down my legs, my inner thighs," she told People.

"I felt kind of weird and calm," Skye recalled. "I went to bed and woke up with some cramps, which I had been having for about a week leading up to [my delivery]. They were like period cramps that would come and go, but they got a bit more intense in the night. I tried to go back to sleep, but I couldn't."

She told her partner, Declan, that she thought she was in labor. She had bloody vaginal discharge and decided to call her birthing coach. The coach said that she should wait to go to the hospital, however, the birth quickly progressed.

"I was leaning over the couch downstairs, and my daughter was climbing on my back — we were playing 'horsey' — and I started screaming 'Get my underwear off,'" she shared.

The moment she took her underwear off, her water broke. Declan was on the phone with an EMT who said to check if her son's head was crowning.

"I knew by my partner's face the head was coming out, he had gone white," she shared. "He told the lady on the phone, 'Yeah, I can see his head. It's half out!' Meanwhile, I'm roaring and my daughter Mia is screaming in horror and ended up running off and hiding because she was terrified."

The EMTs ran into the home and Izaac was already three quarters out in a posterior position, facing up. Thankfully, he arrived safely and healthy, without complications.

"I'm lying on the ground, on my daughter's play mat and my amniotic fluid is everywhere," she said. "There was blood everywhere. It was like a crime scene."

Ironically, a few days prior to her birth, she told her birthing coach that she wanted to deliver at home. "That's literally what happened. I manifested it," she laughed.

After arriving at the hospital and given the all-clear, she had a beautiful realization. "I went into the bathroom for the first time to have my shower and I saw myself in the mirror," she remembered. "I [burst] into tears because I was so happy with what my body had done. I was talking to my body, saying: 'You're amazing. Thank you so much for doing this, for birthing my son.' I just had this new appreciation for my body that I've never had before."