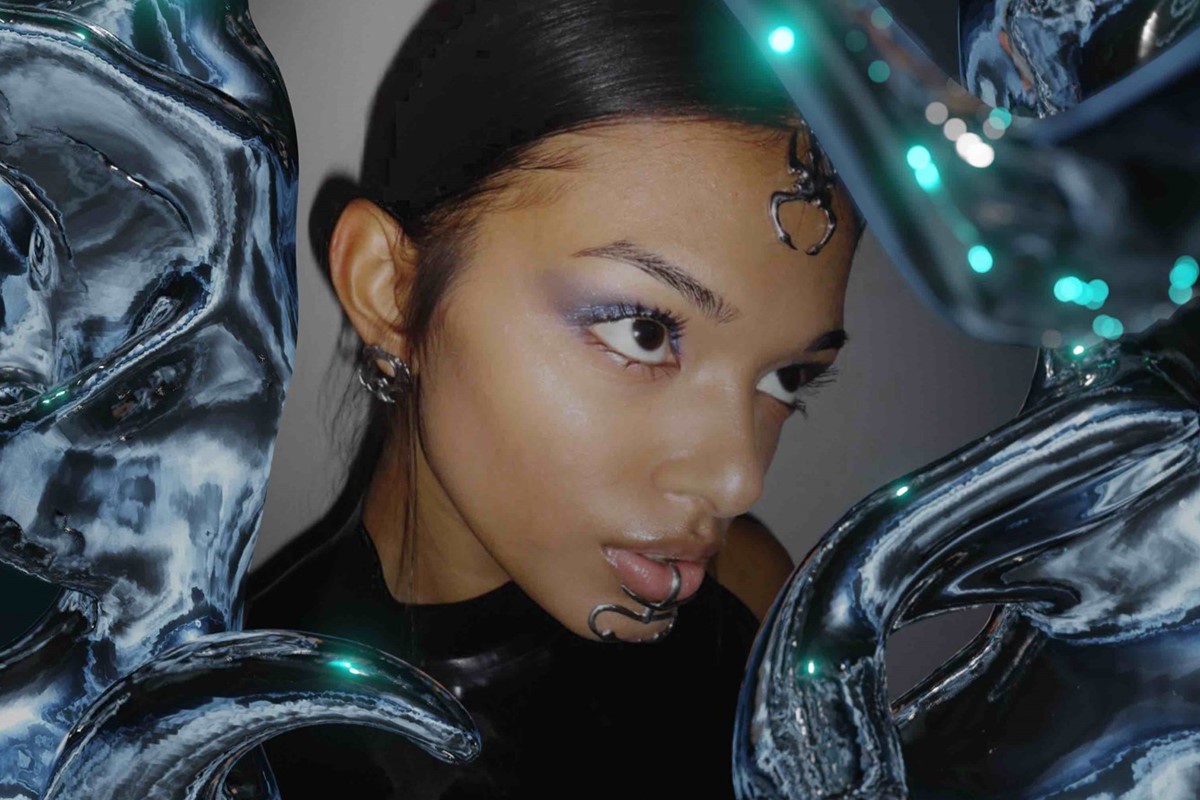 With AGF Hydra’s esoteric lycra, Lorenzo Senni’s warped sounds, and Daemon Concept’s hard-edged hardware all on issue three’s line-up, where will yours take you?

When the world locked down almost a year ago exactly – truly, how did we get here? – independent Istanbul-based magazine Year Zero was ready for it. As a way of expanding and enriching its viewpoint, the team behind the collaborative publication selects a new editor-at-large with each issue – meaning being relegated to the four walls of their homes didn’t really phase them. Instead, it encouraged them to take things even more global.

This time around, publisher Bariş Bilenser looked in the direction of Berlin when it came to appointing issue three’s editor – setting his sights on former i-D Germany editor and writer Juule Kay, having never actually met her IRL.

“Like everything in life at the moment, it all started with an email,” says Kay, who pieced the magazine together from her flat in the depths of the city’s notoriously bleak winter. “Berlin is pretty depressing in winter, and because everything’s shut down – RIP clubs – there’s not a lot to distract yourself. I worked from every corner of my apartment to switch things up a bit. Obsessively listening to Sega Bodega and eating a lot of ramen.”

Much like the rest of us, the team spent endless hours on Zoom hashing out what the issue was going to look like, choosing ‘process’ as the central theme. Given process looks different for everyone, they decided to rip up the rulebook completely when it came to the journey the magazine’s readers would take – instead of a linear front cover to final credits situation, Kay describes the experience as something like slipping into the choose your own adventure books many of us read as kids.

“You’re meant to get lost inside it, and sometimes have to start from zero again,” she explains. “The same goes for the creative process: sometimes it’s vital to choose another way to get things going again.”

For art directors Zeynep Schilling and Enes Güç, meanwhile, it was about creating a space that offered readers freedom – given the pandemic has snatched this away for most – and reflecting the creative back and forth that went into it. “It was important for this issue to be moulded as to how its own process shaped it,” says Güç. “In the end, we tried to create our own world where we can feel comfortable and at peace.”

So what can intrepid adventurers expect to find within Year Zero 3.0’s pages? Well, first of all, there’s no cover star or highlighted artist, and one story is no more important than any other, as the team sought to dismantle the hierarchies present in any magazine you might pick up.

A flick through its pages reveal a cacophony of music, art, fashion, and culture, as sketchbook deep dives into designers like CSM grad Christina Seewald clash with words on DJ LOSER and Lorenzo Senni, and AGF Hydra’s esoteric, boundary-pushing latex pieces rub up against Daemon Concept’s 90s-tinged metal hardware. “I’d wanted to do something on her and her ‘new muses’ forever,” says Kay. “Her jewellery brand reads more like a shiny silver manifesto.”

Take a look through the gallery above, and get your hands on a copy here.