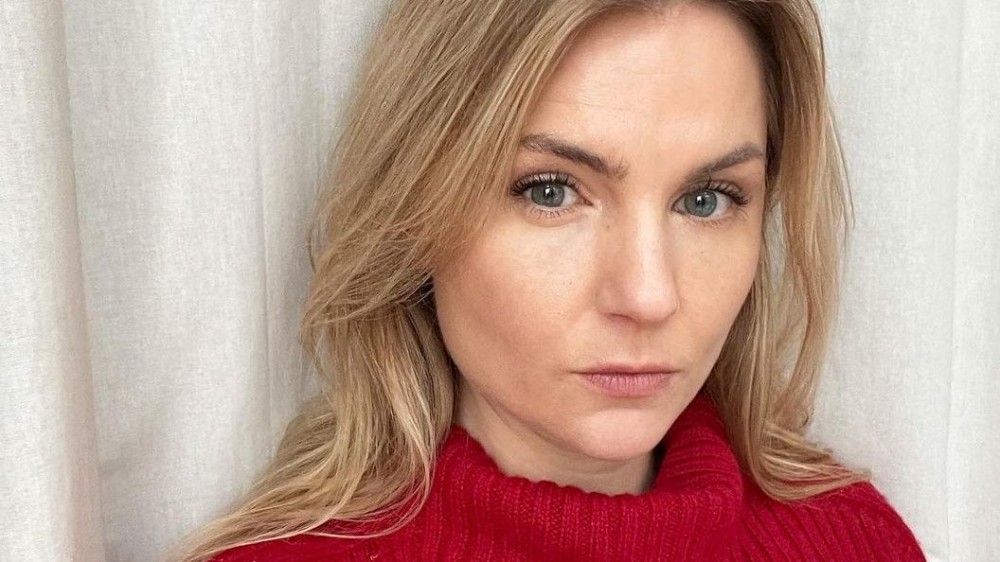 Over the past week and a half, Russian citizens have been gathering and protesting in support of Alexei Navalny, who is currently imprisoned. The anti-corruption investigator and Kremlin critic, who ran against President Vladimir Putin in 2018, was poisoned with a nerve agent back in August. He was airlifted from Omsk, Russia, to Berlin, where he was put in a medically induced coma. Upon Navalny’s return to Russia last month, his plane was diverted from Moscow’s Vnukovo airport, where thousands of Navalny supporters had gathered, to the city’s Sheremetyevo airport. There, Navalny was arrested on charges that he violated his parole from a 2014 embezzlement conviction that was later deemed by Europe’s human rights court to be politically motivated.

Since Navalny was imprisoned, many have gathered on the streets to protest. More than 5,000 protestors have been arrested, and hundreds reportedly have been beaten by police. In the wake of the mass protests, Katya Fedorova—a former Russian Vogue editor who runs the channel Good morning, Karl! on the app Telegram—wore a simple red sweater in support of Navalny’s wife, Yulia Navalnaya, who had worn a red sweatshirt to her husband’s sentencing. (As the judge read the verdict, Navalny drew a heart on the glass pen to his wife.) On Instagram, Fedorova posted the image and wrote the hashtag #негрустивсебудетхорошо, which translates to “don’t be sad, all will be okay.” Since her post last Wednesday day, more than 13,000 other users have worn red and used the hashtag in support of Navalny.

We spoke to Fedorova about why she is wearing red, the protests, and how social media is an important tool in the wake of mass arrests.

Navalny was coming back [to Russia], and they diverted his plane. There were other people on the plane, it was a regular flight, and he was supposed to land in the Vnukovo airport, but they diverted his plane to Sheremetyevo airport in Moscow. They arrested him at passport control, and we all watched this live. It makes you feel crazy that this is going on because you just can’t believe that this can happen. They arrested him on ridiculous charges. The trial took place last Tuesday. We all knew they were going to put him in jail, but at the last moment, you hope it’s not going to happen.

They announced the news, and everyone was crying. People went to the streets. There are videos of people raising their arms and police beating them up with clubs, beating up journalists even though they are wearing the yellow press jacket. I don’t want to start with the human rights violations that are happening right now. Every jail is overflowing.

The day after the protest, I woke up and I went between despair and anger. It’s like, you send money to all the organizations that are helping, but you still feel like doing something. I have a chat for my Telegram channel where we always talk with the followers, and I became friends with some of them, and everyone was so frustrated. I felt like not everyone would go out on the street because it’s too scary. But there was a need to do something small to let our emotions out and also to support Yulia and all those in jail. Then I also thought, Fashion has always been a political symbol in a way, like you have the pink hats of women in the States or the red hat of Trump. All of these are strong visual symbols.

Yulia was wearing a red sweater during the trial, and I read in an interview that her favorite color is red. I wanted something visual, and I thought it would be cool if there’s a hashtag on Instagram and the whole feed is red. Then, [Yulia] would see it, and so would others. The channel and my subscribers were like, “Yeah, this is such a great idea. I want to do it.” Honestly, I thought it was going to be like 50 posts at most. Then it just went crazy. Everyone would say, “You should go in the streets, and [instead] you’re writing a hashtag.” But it’s actually been nice going through that hashtag because there are a lot of posts saying things like, “I’ve never talked about politics. I never thought that I’d say anything, but I just can’t be quiet anymore.”

Navalnaya always stands by her husband’s side, without trying to be in the spotlight too much. There are barely any interviews with her; she avoids the press and focuses mainly on her family. However, when the situation got dire after Alexei’s poisoning, it was she who managed to get him to the German hospital. She even had to write a letter to Putin to ensure that her husband would be allowed to leave the country. Her dignity and strength in times of crisis, as well as her family values and her unfaltering dedication to her husband, are a great inspiration to Russian women, even those not interested in politics.