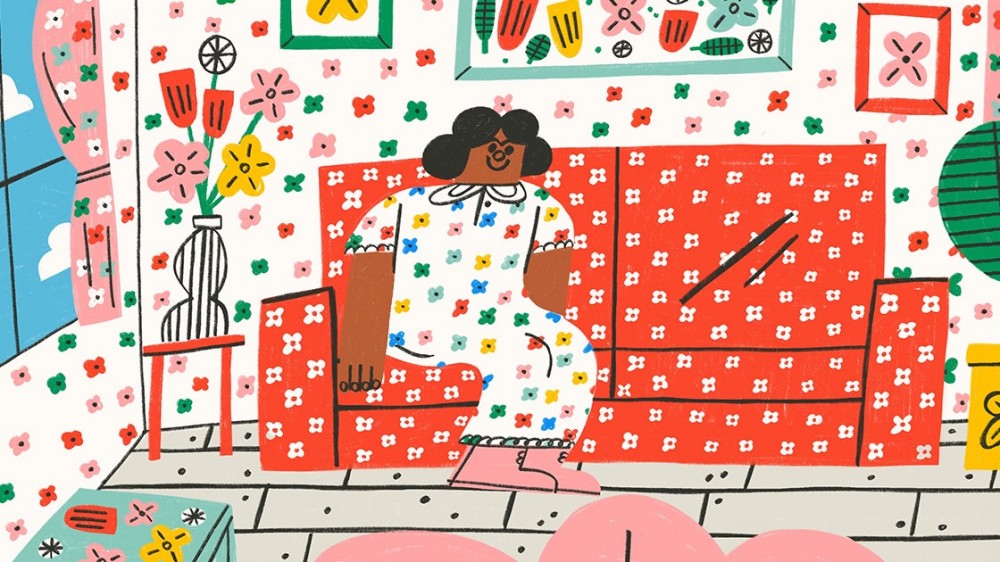 To listen to Andrea Lee read this profile, click the play button below:

WHY do you have so many little floral prints that you never wear?” demands my daughter, rifling through a rarely visited corner of my closets. Upstairs in our family house in Turin, Italy, she is as usual ransacking my wardrobe for vintage clothes—an Alaïa leather skirt, a Tom Ford for Gucci velvet jacket—that she will cajole from me for extended loans. “Stuff like this doesn’t look good on you,” she adds with daughterly bluntness, holding up a blouse from the Italian company Frau Lau, with a minuscule Liberty design of pale-blue blossoms. “Not your style at all.”

It is true, I admit, that it is not my style, which is monotone, severe, yet occasionally reckless, ideally with an edge of kink. Yet it is also true that, over the years, I have made countless impulse purchases of garments strewn with tiny flowers: Laura Ashley blouses, prairie skirts from street markets, or French sundresses dotted with petite rosebuds. I rarely, if ever, put them on. They end up hanging behind my “real” clothes, yet when I catch an occasional glimpse of those meek, meadowy prints, I feel a curious sense of contentment. Their significance lies back in the Philadelphia of my childhood, when my 11-year-old fantasies of identity and style intersected with the sweeping vision of an extraordinary fashion entrepreneur and fellow Philadelphian. This was Max Raab (1926–2008), whom The New York Times once called “The Dean of the Prep Look,” and whose labels, The Villager and its junior line, Ladybug, through the 1960s and early ’70s enveloped the suburban girls of America in acres of floral cotton.

It was in seventh grade that I became smitten with Raab’s creations. The memory is vivid: French class on a gray November morning at the Baldwin School, a very affluent, very Waspy girls’ preparatory establishment in Bryn Mawr, where, that fall, I had earned a mild notoriety as one of the first two Black students. It was the half-day before Thanksgiving break, when we were allowed to abandon our dreary uniforms for street clothes, and the classroom was awash with jeunes filles suddenly en fleur—dressed in A-line skirts and pin-tucked blouses in an effulgent mass of pastel shades, with designs of tiny blossoms covering everything that wasn’t Shetland wool. I, wearing an unmemorable skirt and cardigan that had passed muster at my Quaker elementary school, was riveted. The sight of that multicolored plumage on my chattering classmates shone a stark spotlight on my status as an outsider, illuminating as well what I suddenly recognized as a passionate longing to belong to their ranks. It was a wrenching moment: the first time I saw fashion as an elemental force, something that one had to learn to navigate or be swept away by, something that could reveal deep secrets about life, something that could break your heart. In my first few months at Baldwin, I had experienced no overt racism but had slowly gained, day by day, the indisputable knowledge that all social doors were firmly closed to me. Those flowery prints seemed part of a walled Arcadian garden shut away behind those doors, but inside me a small, duplicitous voice whispered that if I just bought the clothes, I might be able to scale that wall.

If I had been asked back then who created such enviable garments, I’d have envisioned a patrician figure out of The Philadelphia Story. It was only years later that I learned that the creator of The Villager was no WASP aristocrat but a Jewish businessman with a picaresque past. Son of a Philadelphia garment manufacturer specializing in cheap blouses, Raab was a high school dropout who pumped gas and drove a taxi before discovering his talent for interpreting the zeitgeist. Observing the rich girls in Philadelphia’s suburbs, he intuited that they were in search of clothes that expressed their mood in that transitional period between the conventionality of the early ’60s and the youthquake that shook the end of the decade. He designed women’s blouses and dresses with studiedly demure silhouettes, using a palette of “country” colors with names like Cornflower, Wild Cherry, and Dusty Olive. The effect was sporty, but with a touch of subversive romance, like a John Cheever story. It was aspiration that Raab was selling—summers on Nantucket, football weekends at Yale—and with it, he built a fashion empire worth $140 million. “Waspy women love the classic suburban look,” he said, summing up the social dynamic in a People-magazine interview, “and Jewish women want to look like WASPs.” And so, also, did some young Black girls; it was all about belonging. In a period when there was little diversity on display in the media, our desires were shaped by what we saw.

Only my elegant mother, who shopped at Wanamaker’s and Bonwit Teller, remained—like her future granddaughter—immune to the charm of tiny rustic prints. She, who loved Harris tweed and Bally shoes, refused to buy me anything she deemed a fad. Although she and my father—a minister and civil rights leader—appreciated the academic excellence of Baldwin, they were concerned about the emotional toll exacted by their daughter’s pioneering into what they jokingly called the “lily-white planet,” and constantly attempted to bolster my confidence with exhortations to be proud of who I was. I never revealed to them the extent of my passion for that particular look, because that might have exposed my prep school Stockholm syndrome, my disloyal secret yearning to be, in fact, not who I was, but a Main Line debutante instead.

By the time that I was allowed to choose my own clothes, the Villager craze had deflated, overwhelmed by the beads and fringes of late-’60s counterculture, what Max Raab ruefully described as the “blue-jeaning of America.” In 1969, Raab sold off the company at a loss; and I too had jettisoned my dreams of The Villager the way one dumps a first crush. I had begun to enjoy being a maverick, a Black girl who loved Leonard Cohen and who composed moody poetry, who’d found a niche as part of a small clique of arty friends. Soon I departed for Harvard, where, in patched jeans and vintage fur coats, I studied literature and laid the groundwork for my ambitions of becoming a writer and traveling the world. By the time I published my first book and moved to Europe, I had forgotten that I’d ever longed for admittance to the bland pastures of WASP style.

Or had I? Years later, when my daughter pointed out my cache of floral prints, I realized that they represented a vestigial remnant of that longing. Every woman has a shadow wardrobe, outfits that suggest an alternative identity, a road not taken. I see mine as a shrine to past desires and the tenebrous aspects of self-invention. Those half-hidden clothes are reminders of a particular, now lost, era of American fashion, but above all they pay homage to how desperately a young girl can want something, and to a time of life as evanescent as spring blossoms.

Andrea Lee is the author of the memoir Russian Journal, the short story collection Interesting Women, and the novels Sarah Phillips, Lost Hearts in Italy, and Red Island House: A Novel (arriving this March).