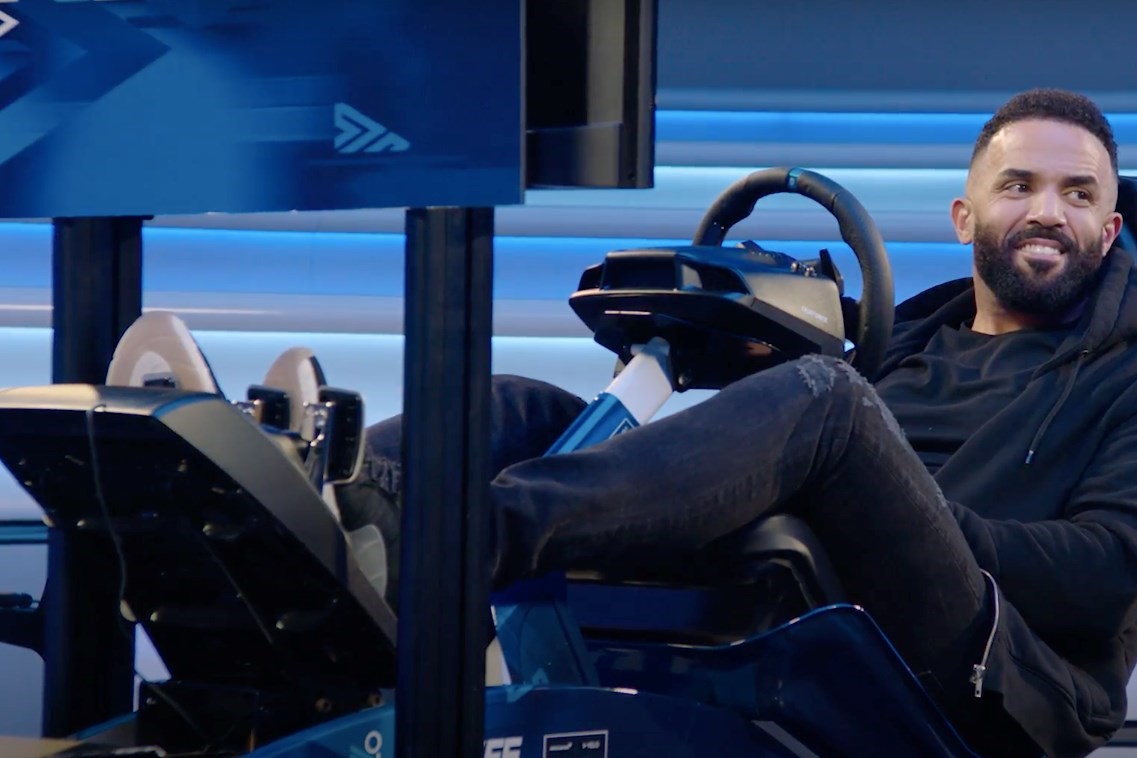 We sat down with legendary British artist and MBE Craig David to have a chat about all things gaming, on the set of a new YouTube show – in partnership with VELO and McLaren Racing

To give you an indication of just how much gaming has come to dominate our culture, the industry is now bigger than the film and music industries… combined. Popstars are hosting concerts and fashion brands are debuting collections in virtual worlds.

VELO has now launched the VELO ESERIES as part of its ongoing global partnership with McLaren Racing, a competition format which puts legendary figures in the driving seat to compete against internet sensations and esports fans. First up is Craig David – the British cultural icon and RnB singer with 12 Top Ten hits – up against Supercar Blondie, an Australian who’s now the world’s most watched car YouTuber.

In anticipation of the series, we challenged Craig to a race. We spent a bit of time figuring out the controls, spinning out, and doing involuntary donuts, while also chatting about our earliest memory of gaming, how he has seen gaming change music, and what he’s learning as an artist in modern culture.

“You can actually break artists now through games, especially unknown artists or unknown songs,” says David. “I’ve seen a few shifts along the way musically from vinyl, CDs, mp3’s, downloading, streaming. I’ve been very thankful that I’ve been able to just go with the flow.”

You can watch all the action from the first episode of VELO ESERIES by tuning in to the VELO YouTube channel here. Episode one is now live with Craig David and Supercar Blondie, and the wider four-part VELO ESERIES features a star studded line up running until April 2021. 18+ only. Filming is compliant with current Covid-19 restrictions

Disclaimer: VELO is an oral nicotine pouch product which gives adult smokers and nicotine consumers an exciting and convenient way to consume nicotine on the go. 18+ only. This product contains nicotine and is addictive. For adult nicotine and tobacco consumers