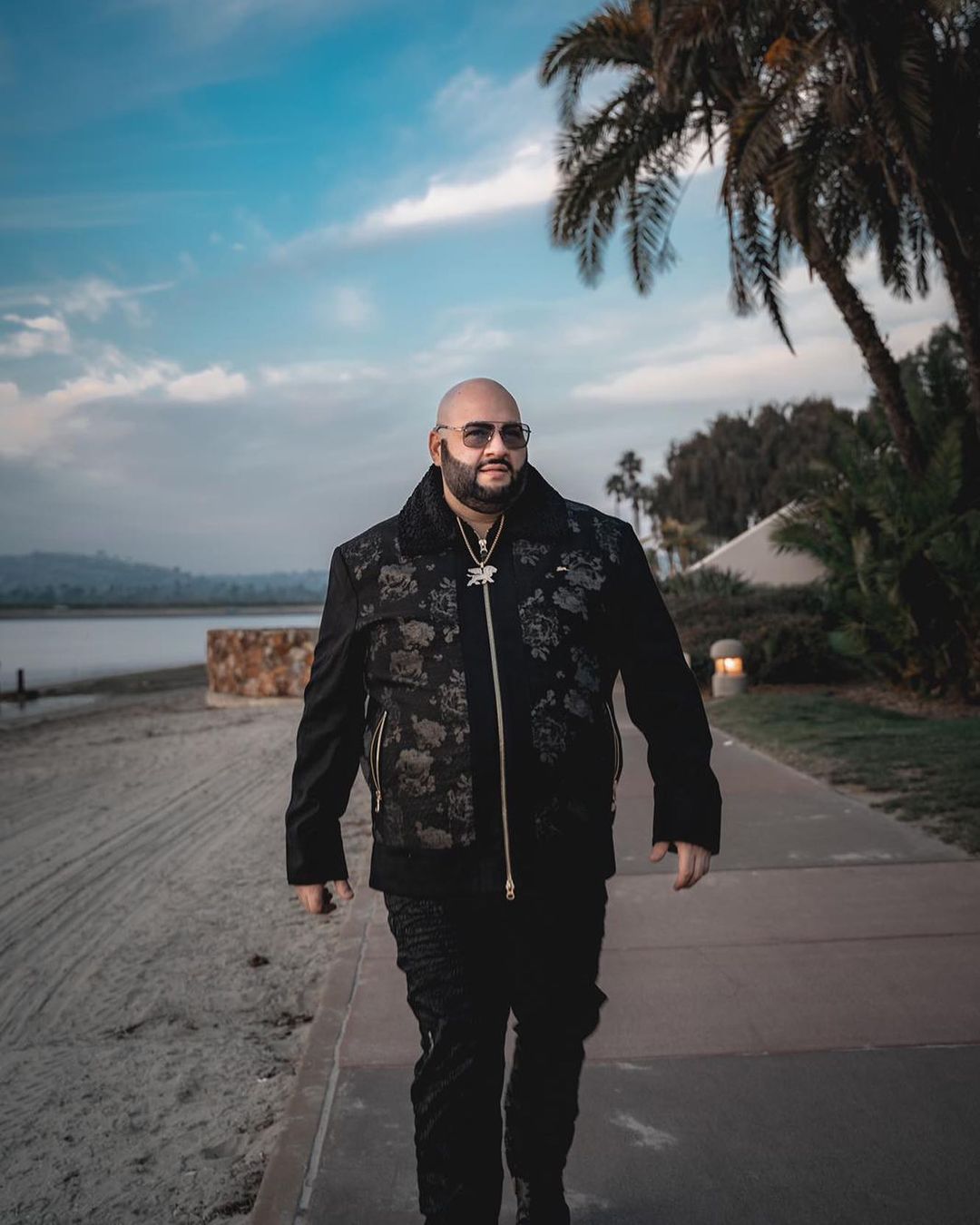 Business mogul and artist Biggie Babylon is known to showcase his talents in unmatched ways. With a music video that gets you just as hyped, Biggie Babylon’s new single “All in “ is the subtle reminder we all need to keep on pushing. A powerful track from an influential artist, we took this opportunity to chat with Biggie Babylon about his new projects.

First of all, congratulations on your hit track “All In.” Can you tell us more about the inspiration behind the song and what your drive was to create it?

Thank you so much! I am truly humbled by the amount of positive attention “All in” is getting around the world right now.  It’s crazy to think about it because the song almost never happened.  In 2019 and into 2020, I had some real momentum building while creating a nationwide buzz with my music until, out of nowhere, the pandemic hit.  Not knowing how long the world would be locked down for was a depressing time.  I didn’t even want to listen to music anymore, let alone create it. I told myself I was done and I was talking with my producer and friend Thom Genius about my thoughts and he was totally against it.  He reminded me of how far I had come in my career and how close I was to really breaking as an artist. Thom played me some beats that he made during the lockdown and I instantly fell in love with one and I felt inspired again for the first time in months. We wrote and recorded “All In”  that same night.

Can you tell what single was the most fun to create and why?

One of my favorite tracks I ever created was actually the first song I ever wrote.  My cousin was going through a break up and was having a hard time dealing with it.  He was coming over to my studio every night and really sad so I was doing everything I could to convince him that he was better off without her.  We made a pros and cons list about her and there were a lot more cons than there were pros.  That helped him for a little but eventually he was sad again.  So I knew I had to try something else to get the message across to him.  I found a beat that I liked from a local producer and turned that pros and cons list into lyrics for a song.  I recorded the song, called “Quit Leechin’,” and gave a copy of it to my cousin.  He couldn’t wait to take the track and play it for the girl who broke his heart.  The crazy thing is that she loved the track and shared it with all of her friends.  It kind of backfired on my cousin because the story of how the song was made was being told by everyone and he ended up feeling embarrassed by it.  Still, to this day, my cousin is mad at me about making the record but for me it opened my eyes to how powerful music is and how it can truly affect people.

With so many hits on your rap sheet, what would you say is your ultimate aim?

I didn’t start making music with the goal of making hits.  I wanted to do something different with my life than what I was supposed to do.  I was supposed to follow in my father’s footsteps and take over his liquor store which he has owned for over fifty years now.  Being from the Chaldean community, 90% of us end up owning some sort of small business and we forget about our real dreams.  I grew up watching artists on TV and thought to myself, if they can do it then so can I.  I wanted to be the first Chaldean artist to really make it big in the entertainment industry. I hope a young Chaldean kid, or any kid, can say to themselves one day, “If Biggie Babylon can do it  then why can’t I?”

Who would you say has affected your music approach the most?

DJ Bille Knight of One Umbrella Management has definitely affected my approach to music the most over the years.  When I first linked up with him back in 2015, I was just a local artist with big dreams about taking my music and my brand on a more national level.  He helped me focus on making hit records, promoting, and investing in them the right way.  We have gone on promo/media tours up and down the West Coast, the Midwest, The East Coast, Florida, and he also booked me to perform in Dubai, Mexico, and France.  Along the way I have met and established relationships with countless DJ’s, executives, promotors, and fans that I never would have encountered without his help.  Those relationships I forged years ago still pay dividends to this day!

Why do you think “All In” became such a hit?

The whole track is just a vibe.  It starts with incredible production from Thom Genius who has produced big records for the likes of Travis Scott, The Migos, and many more.  “All In” features a whole new sound for me and the lyrical content was on point in regards to what was happening in my life during the pandemic.  Also, as an independent artist, I knew that if I really wanted to give the record a chance of really making it then I would have to invest into it.  We shot an incredible music video directed by Damien Sandoval and I hired an incredible PR team to help bring awareness to me and my music.  Plus, I am getting a lot of love from the DJ’s on the radio and in the clubs that I have built over the years who believe in me and my music.  I want to shout out some of the guys like DJ Pharris, DJ Lord Sear, DJ Fatfingaz, DJ Jam, Radio Raymond T, and so many more for playing “All In” on their platforms.  Also to the people like you who give me the opportunity to tell my story to a fanbase that probably has never heard of me.  Thank You!

Tell us more about your “ritual,” if you will, before creating a new hit song?

Hit songs develop naturally when you have the right professional and creative people involved.  The producers I usually work with are my friends as well.  We enjoy hanging out in the studio, we smoke some good Babylon’s Garden weed, maybe have a couple of drinks, and we just vibe out.  Most of the time we start a beat from scratch, come up with some melodies as the beat is building, start writing lyrics, record the record, and then get it mixed and mastered.  I love making music but what really makes a great song a “hit” is the amount of work you put into the record after it’s done.  It’s not just music, it’s the music business and I am a businessman first and foremost.