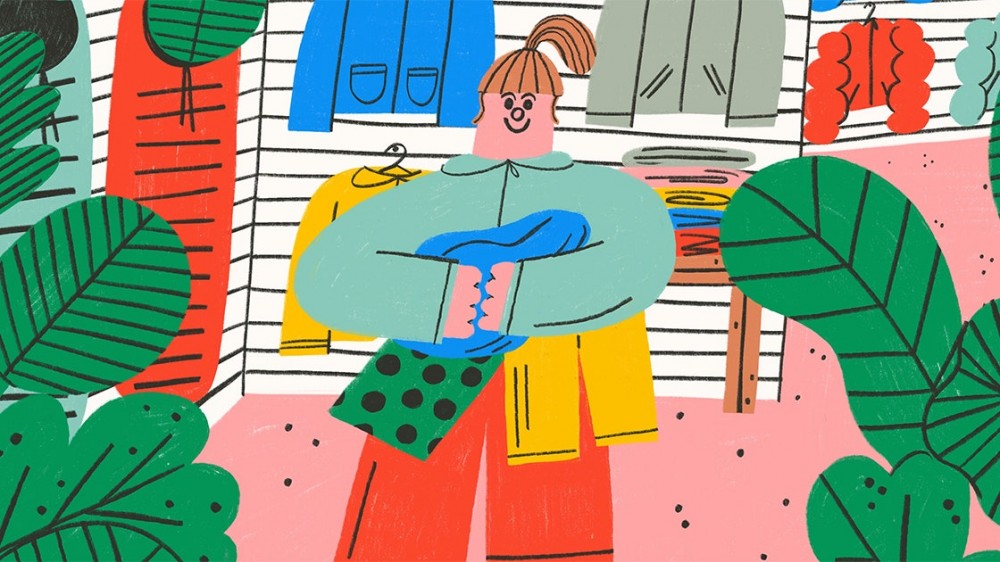 I grew up in Ashland, a small town in Southern Oregon, where the “It bag” was the canvas tote from our local food co-op. And while later I would develop an obsession with True Religion jeans, my earliest connection with retail fashion occurred at The Ashland Outdoor Store, a shop for intrepid explorers of the area’s surrounding mountains.

We moved to Oregon from the suburbs of DC in 2001, the summer I turned 10. My parents say they wanted to find a sense of community away from the “artificial bubble” of Washington, where they had built their careers. My grandfather came up from California to construct a house a few yards away from ours on a property that was otherwise defined by oak trees and blackberry bushes. We all became outdoorsy: When we landed at the airport, Grandad swept us off to a goose farm, where we picked up four birds that would become my pets. Horses—and hours spent at the barn—came soon after. My dad worked in intelligence, and though he still had to fly to DC every few weeks, he spent his time in Oregon at a home office and rowing at the lake near our house. He could finally retire his ties, and as he repopulated his wardrobe with down jackets and canvas pants, he brought me along on his shopping trips.

At the time, fast fashion meant ever-rotating must-haves from Limited Too and cartoon tees at Old Navy. Looking back, I see now how The Outdoor Store helped shield me from the ways fashion can be painful for a preteen girl. Rather than fretting over the way my body fit into low-cut jeans, I was deciding between different shades of yoga pants before Lululemon had even arrived in the U.S. The posters in the dressing room were of rock climbers and downhill skiers instead of emaciated models. And maybe most crucially, there were no other girls my age at The Outdoor Store, meaning I made choices based on my preferences alone—and what my dad would concede to buy at checkout.

That’s not to say I totally escaped the conformity that middle school encourages. My seventh grade boyfriend let me know that his friends referred to me as “Nature Girl”—apparently an insult—which led me to spend more time at the mall (and pushed me to start shaving my legs). But recently, when Arc’Teryx made an appearance on the Off-White runway, Patagonia Baggies were the summer must-have, and GQ declared that “functional gear has never been hotter,” I’m having a full-circle moment. My dad, who’s lately been pairing insulated Carhartt pants with bright blue Nike Air Maxes, never wavered in his allegiance to outdoors-wear for everyday. When I remind him of our shopping trips, he sighs, perhaps remembering the money spent—“I was always very indulgent of your quest to define your own style.”

As I type this, I’m wearing a Patagonia vest that came into my life maybe 20 years ago, when I was a preteen wearing it to clean horse stalls. It’s still in perfect condition, and recently re-entered my regular rotation since working from home has allowed a return to my gorpcore roots. The Outdoor Store ingrained in me an appreciation for fashion values—utilitarianism, comfort, and sustainability—that are now thankfully being embraced everywhere.

The Outdoor Store no longer exists, though on a recent trip home I noticed the faded lettering of its name on the awning above its windows. It closed in 2018 after weeks of wildfire smoke led to a downturn of tourism, outdoor activities, and sales. I’d been living in New York for eight years by then and I missed the news of its shuttering, as well as the liquidation sale, but I remember it—and the feeling of sartorial excitement it inspired—when I discover gear shops in towns like Telluride or Flagstaff. Now I buy my own merino base layers and colorful backpacks made out of recycled scraps. In Ashland, The Outdoor Store’s former location has become the home of a Fiber Arts Collective. Independent makers hold mending circles and display their knits and crafts, perhaps setting the stage for a new generation of middle schoolers to discover fashion from another unexpected angle.