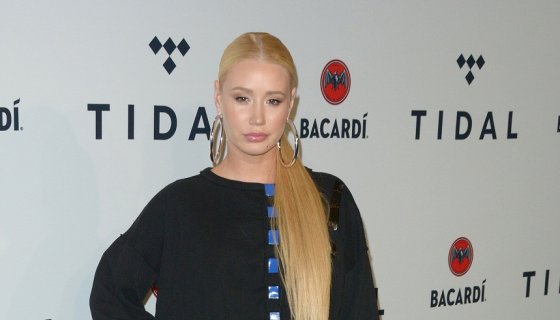 shocked fans by announcing that she is now a new mom.

On Wednesday (Jun 10), Iggy Azalea took to her Instagram story to reveal that she had a son.

“I have a son,” Iggy wrote. “I kept waiting for the right time to say something but it feels like the more time passes the more I realize I’m always going to feel anxious to share the news that giant with the world.

“I want to keep his life private,” she continued, “but wanted to make it clear he is not a secret & I love him beyond words.”

Despite making the , the “Fancy” rapper, stopped short of revealing any further information about her son-—including the father. Even though the information was omitted, that didn’t stop fans from putting two and two together, drawing the conclusion that Iggy’s longtime boyfriend, , as the father.

.Congratulations to @IGGYAZALEA and @playboicarti, iggy confirmed they do in fact now have a son but wants to keep his life private for now. 💙 we respect that Iggy pic.twitter.com/tpOPYzSOF7

The couple began dating in 2018, and she eventually moved in with the 23-year-old rapper starting rumors that the couple is engaged. In November of last year, the couple’s in which the thief was able to come off with rings, chains, and bracelets valued at $366,000 altogether.

Although the couple hasn’t confirmed hardly anything about their relationship, fans began to piece together a timeline to get an idea of the child’s birthday. As pointed out by a fan on Buzzfeed, rumors began circulating in December that Iggy was six months pregnant at that time, a rumor Azalea denied by posting an image of herself in a bikini on Instagram.

After taking to the ‘gram to dispel the rumors,  fans noticed Iggy went ghost online for more than five months, between December and May, adding fuel to the fire of speculation, but the speculation was quickly squelched when she returned to the social media platform last month as if nothing had happened.

For the record, I didn’t actually go anywhere. Just a lil harmless quarantine dress up situation. 😝

After finally receiving the confirmation that they were waiting for, a few fans took to Twitter to share their reactions to the news regarding Iggy’s new bundle of joy and of course share a few jokes too.

Lil Uzi when he found out Carti really did give Iggy a baby pic.twitter.com/Mrs0s9Kezl

iggy azalea was pregnant and we all didint know pic.twitter.com/bcBJqhVOEf

I hope iggy names her son something normal, that 9 am k-12 shite elon & grimes came up with traumatized me fr pic.twitter.com/Tm0cDtuy88

i’m not even gon lie i didn’t even know iggy azalea was pregnant………. or she was messing with playboi carti pic.twitter.com/YtxyyvsRMp

Iggy did this performance while being pregnant 🤯 pic.twitter.com/4A48mlKtvo

Ugh her mind!! @IGGYAZALEA you tricked us so good icon ⚡💙🥂 pic.twitter.com/JkY7agqjNi

Iggy’s son when he find out that her mother is IGGY AZALEA pic.twitter.com/8wg9lpiYQh