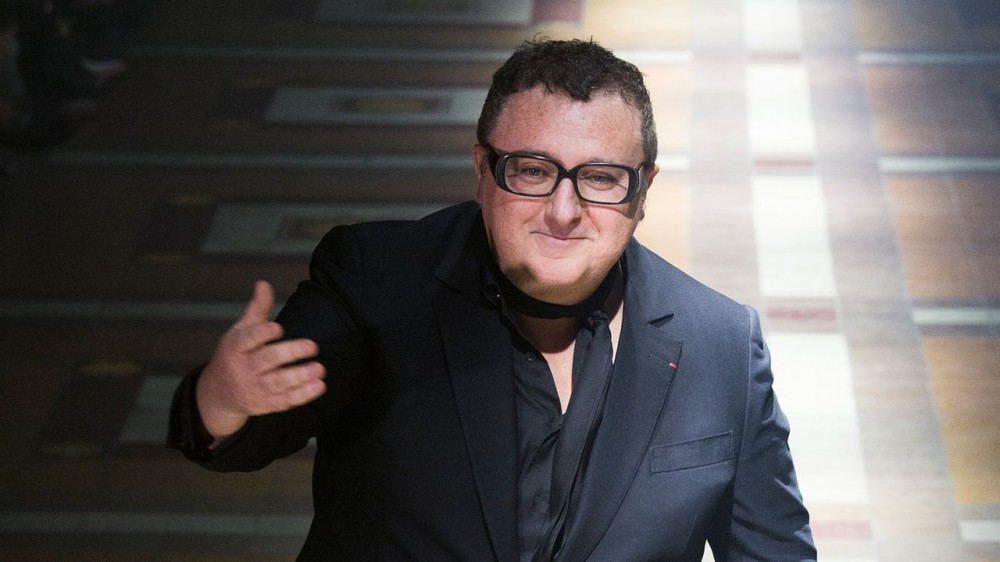 Alber Elbaz often referred to himself as a dressmaker, and for each exceptionally cut cocktail frock in satin and grosgrain, he had a bon mot to go with it. In every interview, every Q&A, every lecture, Elbaz was as generous with his thoughts as with his silhouettes. To mark his sudden passing, Vogue is looking back at some of his best quotes throughout his career.

Read through Elbaz’s statements and threads emerge. Food is a recurring subject, and as he told it fashion is alternately like a roast chicken, a chocolate soufflé, and a full course dinner. It might sound silly or self-deprecating, but the metaphors describe the heart of Elbaz’s work: Something that is at once indulgent and essential. You must eat, so eat a slice of chocolate cake…and if you must get dressed, the smart move is to choose an Elbaz creation.

But beyond embracing the pleasure of fashion, Elbaz was attuned to the struggles of maintaining creativity and independence in an ever-more-commercial landscape. He often spoke with students and wasn’t shy about discussing the difficulty of balancing art and commerce. He also rejected ideas of perfection, over-work, and fashion’s vicious competition. His willingness to speak the truth so warmly and openly made him an idol and inspiration for many, from the biggest names in fashion to the newest young designers around the world.

And to continue that food metaphor . . .

On being who you are:

“Wear flats. You’re short. It’s much cooler not to pretend.”

“Style is the only thing you can’t buy. It’s not in a shopping bag, a label, or a price tag. It’s something reflected from our soul to the outside world—an emotion.”

On the goal of his work:

“Our job as designers is not just to create fashion shows, but to work around needs and then to bring the dream, and combine somehow function and fashion. More than that, I remember what Meryl Streep told me, that I always helped her to be a better version of her, and not to transform her. I think this is my job, I’m not trying to transform anyone, I’m just trying to make everyone, as much as I can, a better version of themselves.”

On his work ethic:

“I can’t just give a little. I can’t do things that way. It’s like, you can’t be a little bit pregnant.”

On letting the work speak for itself:

On the importance of fashion shows:

“It’s almost like asking someone what is the role of a table if you want to serve dinner. Of course you can have some dinner in bed and you can have it also on a plate and just on the floor, but I think that when you put it on the table, it’s the most pragmatic. There are certain things that I guess are essential and this is one of them.”

On his aversion to being cool:

“I prefer being relevant to being cool, because if you’re cool, you’re also cold the next day. So it’s more about being relevant. The one thing that always scares me is to be like the Miss America of the moment, because next year there is a new Miss America.”

“Success is like a perfume, we can smell it but never drink it.”

“I prefer spontaneity. At least that means you’re not sticking to some formula. Perfection scares me—because after perfection there is nothing left.”

On doing it your own way:

“Fashion says: ‘This is right, and this is wrong.’ I think that there is no wrong! I took a subject that is taboo, that you almost don’t want to talk about, but I said: Yes I will. We’re not here to transform women; we’re here to hug them.”

His advice to students:

“Don’t try to be a fashion catwalk designer . . . because you make some noise, you’re being hired, and everybody loves you, you’re a real hero, and then you don’t make the numbers because you’re all in extremes. I think that, in order to prevent that, maybe we need to dream but maybe we need to think. Fashion is not just thinking or not just dreaming, but is the mix of the two. I’m also saying that not everything has to scream on the screen.”

On the best advice he received: