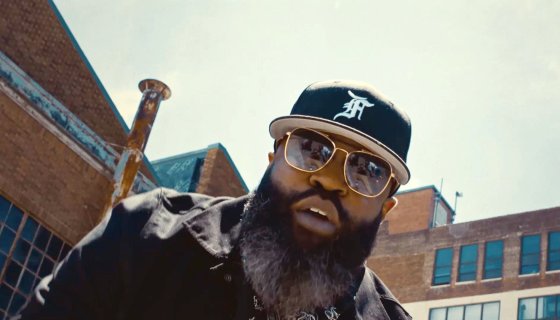 Despite shutting everything down, BET refused to let the pandemic canceled the Blackest Awards show on the planet.

Last night (Jun.29), BET improvised the hell out of the situation and took its annual awards show the virtual route. Hosted by actress/comedian , the awards show featured Seales handling the duties from her home she later revealed and performing skits before introducing performances.

The theme of the night was clearly , as most of the artists made sure to make a statement in their expensive and very impressive remote setups.

To kick things off, BET opened up with the show with featuring Nas, Black Thought, Rapsody, Jahi, and YG for an updated version of their iconic protest song, “Fight The Power.”

Roddy Ricch followed that up with a medley of his hits “High Fashion” and the honestly one of the most significant records of the year “The Box.” Ricch also joined the DaBaby for a performance of his hit record “Rockstar,” where DaBaby made a powerful statement by rapping while having an officer place a knee on his neck, recreating the haunting final image of before he died in police custody.

Viewers were also blessed with performances from John Legend, , who also took home the for Best Female Hip-Hop Artist, Masego, Chloe x Halle, a Kobe Bryant tribute from Kobe Bryant and more. In case you happened to miss all of them, don’t worry, we got you.

Peep all of the fantastic and powerful performances in the gallery below.

LONR reminds us why he’s next up with “Make The Most” performance at the 2020 BET Awards. #BETAwards20 #Lonr

5. Megan Thee Stallion Is A Hot Girl With “Girls In The Hood” & “Savage” Performance | BET Awards 20

Megan Thee Stallion performs her new track “Girls In The Hood” and turns up to “Savage” for the 2020 BET Awards!

Chloe X Halle are at it again with a virtual performance of their tracks “Forgive Me” and “Do It”! #BETAwards20 #Chloe #Halle #ChloeXHalle

Roddy Ricch delivers a live performance of his hit tracks “High Fashion” and “The Box” for the 2020 BET Awards! #BETAwards20 #RoddyRicch

MASEGO reminds the ladies that they are queens in his “Queen Tingz” BET Awards 2020 performance! #BETAwards20 #MASEGO

D Smoke & SiR serenade us with performances of “Let Go” and “Black Habits” during the BET Awards 2020! It was a whole family affair as their mother joined D Smoke for “Black Habits” #BETAwards20 #DSmoke #SiR

We were blown away by Jennifer Hudson’s powerful performance at the #BETAwards! Her rendition of Aretha Franklin’s “Young, Gifted and Black” is one of the many reasons we can’t wait to see #RespectMovie when it’s released later this year.

14. Kierra & Karen Clark Sheard Close Show With Performance of “Something Has To Break” | BET Award 20

To close out the 2020 BET Awards, Kierra Sheard and Karen Clark Sheard perform “Something Has To Break.” #BETAwards20 #KierraSheard #KarenClarkSheard