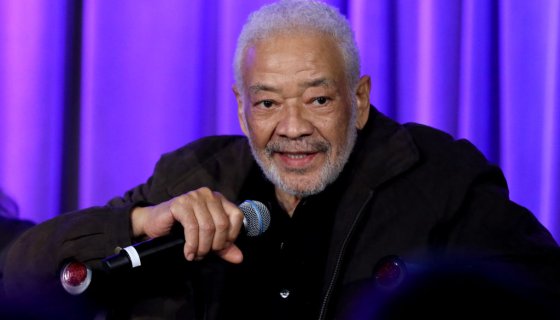 The legendary has passed away. He was 81.

Today (April 4) the iconic Soul singer’s family announced that he died on Monday, March 30 in Los Angeles due to heart complications.

Despite a relatively brief career in the 1970’s, Withers’ buttery smooth voice was known for a multitude of hits, but a few of the most notable are surely “Lean On Me,” “Lovely Day” and “Just The Two Of Us.” And of course the 3-time Grammy winners “Ain’t No Sunshine” is a certified classic.

The aforementioned songs, and others in his discography, have been sampled copiously by Hip-Hop producers throughout the years—Smif-N-Wessun’s “Wrekonize Remix” is but one example.

In a statement to the Associated Press, the family said, “We are devastated by the loss of our beloved, devoted husband and father. A solitary man with a heart driven to connect to the world at large, with his poetry and music, he spoke honestly to people and connected them to each other. As private a life as he lived close to intimate family and friends, his music forever belongs to the world. In this difficult time, we pray his music offers comfort and entertainment as fans hold tight to loved ones.”

Check out some of the condolences rolling in at the loss of a legend—including Alchemist and Chance The Rapper—below.

Bill Withers. RIP. Thanks for all the magic.

Aw man, Bill Withers was really the greatest. Grandma’s Hands, Ain’t No Sunshine, Lean on Me, Use Me Up, Just The Two Of Us and obviously Lovely Day are some of the best songs of all time. My heart really hurts for him, it reminds me of playing records with at my grandma’s house

We just lost one of the best…

Thank you Bill Withers, for some of the greatest music ever written. 💛 pic.twitter.com/DfCWvB3ZeO

Just got word that Bill Withers has passed away
He sure graced us with some great songs
Lean On Me will always be a classic.
Rest In Peace Sir

Devastated 💔. Meeting + learning from Bill Withers has been one of the greatest gifts of my personal life + career. His music is timeless + perfect. We need his message of unity now more than ever. Sending all my love to his family + my sister Kori Withers. Rest in Power King 👑 pic.twitter.com/Fm7fTffvP5

Thank you, Bill Withers, for everything you’ve given us musically. 🙏🏽 pic.twitter.com/KT0Dq0pP7L

2. To illustrate how powerful and important these songs are, Bill Withers didn't release a studio album after 1985.

His career lasted 8 years, but these songs continue to generate so much revenue he never had to work again. pic.twitter.com/CtGpZs2Quk