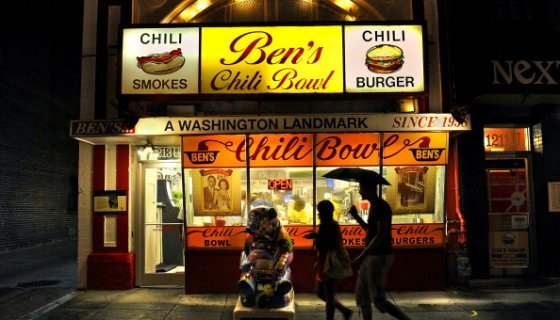 is one of the iconic landmarks of Washington, D.C., and the world-famous restaurant has enjoyed measurable fanfare for over six decades. But like many other eateries and businesses nationwide, the owners are struggling to stay afloat amid the pandemic that has gripped the region.

Virginia Ali, who founded the restaurant alongside its namesake and her late husband Ben Ali, spoke with local news outlet WUSA 9, sharing how they’re combating the loss of business and the new realities experienced by all in the face of the COVID-19 disease.

Ali shared that Ben’s Chili Bowl has managed to stand despite several sweeping changes in the city since it first opened in 1958, including the riots that turned much of the famous U Street corridor into barren land in its wake. Ali’s daughter, Vida Ali, shared with the outlet that the region-wide stay-at-home orders have forced Ben’s to close two of its locations, keeping its flagship U Street operation open for pickup and delivery orders.

The outlet shared information regarding a survey issued by the National Restaurant Association that highlights the impact coronavirus-related shutdowns are having on that business segment. Thus far, the survey states that three percent of restaurants nationwide will shutter their doors permanently. If the shutdown continues through April, that number could grow to 14 percent.

Ben’s Chili Bowl and other business owners are able to apply for the Federal Paycheck Protection Program, which is part of the CARES Act, to help themselves stay afloat during this economic downturn.