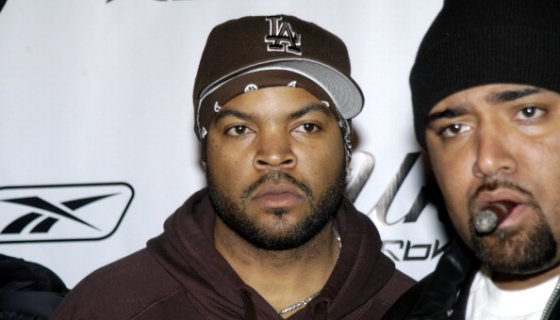 , WC, and Mack 10 formed the supergroup Westside Connection and dropped their platinum-selling debut album Bow Down in 1996. The group disbanded in 2005 and a new interview from Mack 10 sheds light on an alleged comment made by Ice Cube that seemingly has destroyed any hope of a group reconciliation.

In a new video interview with DJ Vlad, Mack 10 explains that the group’s friction between when he and Ice Cube began when Cube’s brother-in-law allegedly was beaten up, assumably at the hands of Mack 10. In previous interviews, Mack 10 has explained that he’s tried to get Ice Cube to put aside their differences but maintained that the pair really didn’t have an issue and that it was solely Ice Cube’s wife’s brother that made the situation tense.

In a decade-old HipHopDX report, Ice Cube allegedly told a fan that a Westside Connection reunion would only happen if Mack 10 would “kiss the ring” yet it doesn’t seem like that was the case if Ice Cube’s recent comment is true.

A Twitter user responding to a tweet from DJ Vlad connected to the Mack 10 interview seemed to question Ice Cube’s motives behind the alleged clip, to which Cube answered with, “Never Happened.

Welp, there’s that. Check out that tweet and the Mack 10 interview in question below.