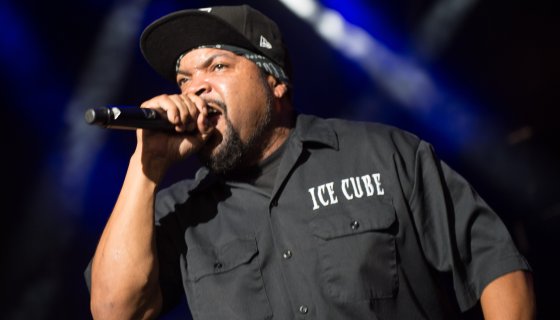 Those are the lyrics that opened Public Enemy’s “Burn Hollywood Burn,, the first song that Ice Cube appeared on after he left NWA in 1990. Now as Minneapolis burns with protests following the tragic murder of George Floyd celebrities such as Lebron James, Beyonce, Barack Obama, John Boyega and others have become very vocal speaking against the aggressive police brutality on black people that led to the Black man’s death.

Ice Cube, who built his career on saying “F*ck the Police” canceled his Good Morning America appearance on Thursday. He cited the recent f*ckery in America as the reason for his cancellation tweeting: “I apologize to everyone expecting to see me on Good Morning America today, but after the events in Minnesota with George Floyd I’m in no mood to tell America, ‘good morning.’”

I apologize to everyone expecting to see me on Good Morning America today, but after the events in Minnesota with George Floyd I’m in no mood to tell America, good morning.

The tweet garnered almost 900k likes and 135k retweets of support but, of course, there were quite a few critics of the tweet:

You could’ve used that platform to bring more awareness to it and also make a statement that needs to be made.. nonetheless we all cope differently so I’m not faulting you for it.. cope the way you need to.

Liar. They were going to ask you about posting the fake photo of the killer cop yesterday, branding him a white supremacist, so you chickened out of the interview.

Remember this: It ain’t no fun when the rabbit got the gun.

4 simple arrest may have prevented all this mess.

When law and order becomes more important than people and water. You are living in a police state that’s doomed to its own fate.