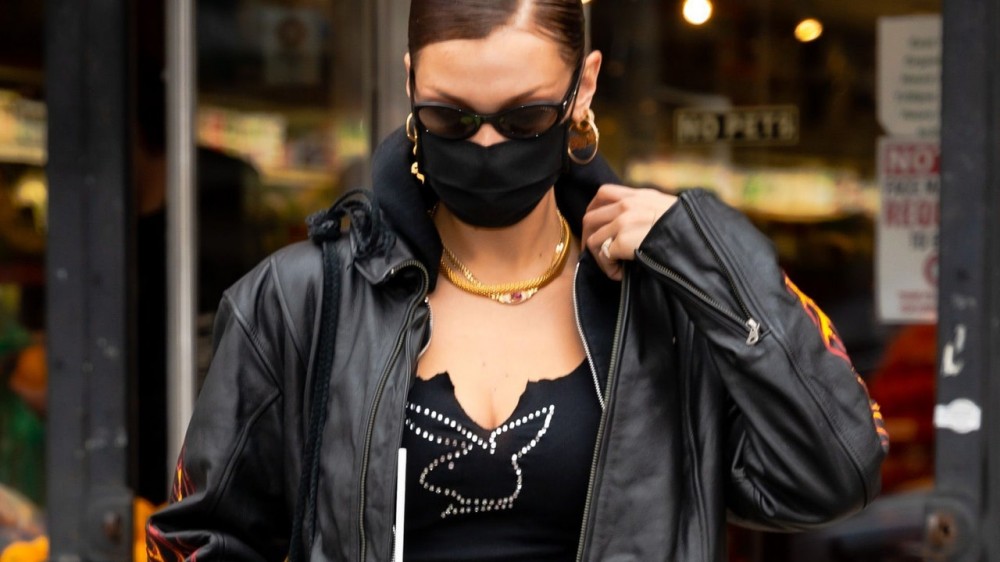 Bella Hadid has been wearing her heart on her sleeve lately, at least in the form of graphic shirts. At the moment, her love belongs to Björk. Just yesterday, the model posted a selfie of herself wearing a polo t-shirt boasting a screen-printed image of the Icelandic singer. It’s quite the style switch-up compared to Hadid’s other look this past week when she stepped out in an equally entertaining but cheeky Playboy Bunny print shirt underneath a Harley Davidson leather jacket.

Hadid’s graphic tee collection is extensive. In late October, the model stepped out wearing a hard-to-find shirt boasting a graphic from the cult-beloved ’90s series Aeon Flux. She also has archival designer pieces on rotation, including a variety from Jean Paul Gaultier. When she wears a new tee, they often have a yesteryear retro feel, like the cutesy print T-shirt she wore this summer with a mushroom illustration or the style from her close friend Jesse Jo Stark that read “Deadly Doll.” On occasion, she’ll even throw a jersey in the mix, either from the New York Giants or Alexander Wang. While I’m not sure if Hadid is a Björk fan, a Giants lover, or even likes mushrooms, it’s nice to see that the model is having fun with her clothes.