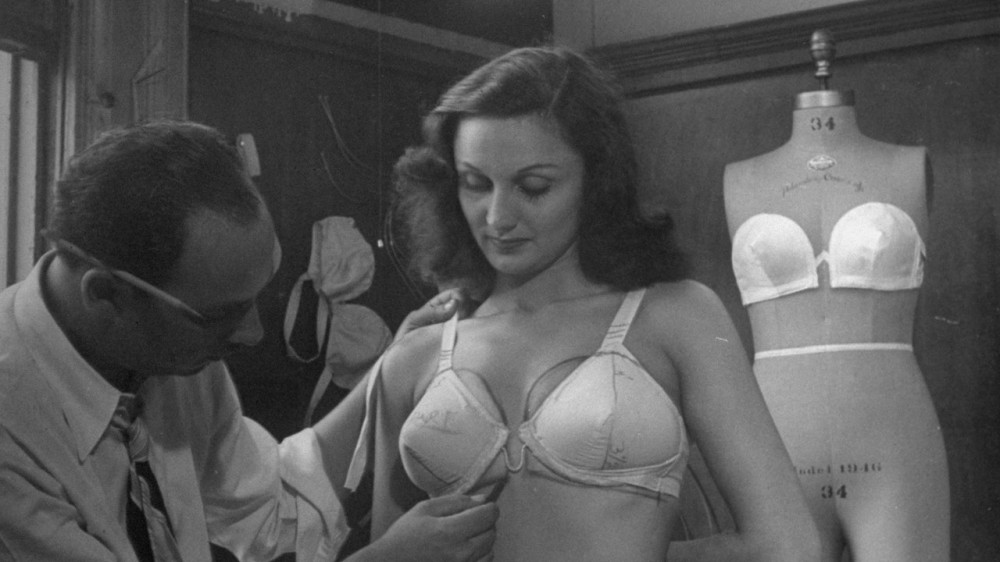 I’ve never actually known what my bra size is. I’ve gone my whole life thinking I was a dainty A cup. (Or as they would tell me in high school, which was when I started wearing bras, “flat as a board!”) I had never been properly measured. I lived with my father and the thought of broaching the bra subject was mortifying. At a local Walmart with some friends in freshman year, I bought a fat padded bra for $7.99, which gave me boobs that sat just below my chin, horizontal enough to serve hors d’oeuvres on. By the time I reached Vogue in 2015, I got tired of having two pillows attached to my body and stopped wearing bras, save for a shock-jock story.

That is, until I got an email in my inbox about a virtual bra fitting, and figured why not? The message was from Wacoal, an intimates company founded in 1949 in Japan that prides itself on fitting its customers with precision. In other words, the company is like the Einstein of bra-sizing, with 72 years of expertise. Today, it launched the AI-powered tool mybraFit™ that measures a customer’s bra size by scanning them through their phone.

Intrigued, I gave it a go. After downloading the mybraFit™ app, I put in my height and weight. Then, it recommended me to wear certain things like leggings, put my hair in a low ponytail, remove shoes, and then wear an unlined underwire bra. (I had to dig deep into my top drawer for a non-sports bra. I finally found a dilapidated bra that a lingerie brand sent to me years ago). I propped the phone on my radiator, and then the app scanned me, Gattaca-style in a cone-shaped light outline that reminded me of a spotlight glaring down from a spaceship. At one point, I put my hands up in a surrender position and did a slow rotation. After the body scan portion is done, there are a series of questions such as tissue type (soft, semi-firm, firm), shoulder slope (average slope, extreme slope), and breast type (round, shallow top/full bottom, East/West, Pendulous, and uneven). The whole process took about five minutes, and then I submitted my results.

I spoke to Miryha Fantegrossi, who is the VP of Design and Merchandise at Wacoal and a bra whisperer, about the process. For almost 20 years, she’s been in the buxom world of breasts. She began interning at Ralph Lauren Intimates her freshman year of college, then went onto Hanes, Jockey, and then finally Wacoal. Fantegrossi prides Wacoal on its precise fitting and attention to detail, all of which is usually done in person. Two years ago, Fantegrossi began to see a shift in bra trends: more people were relying on online resources for fit information rather than going to a brick-and-mortar source. Typically, those online disruptors would use quizzes to determine cup size but as Fantegrossi notes, that would be “dependent on the consumer knowing her current size. In addition, not everyone knows how to take self-measurements with a tape measure, or like me, is simply too lazy to go through the process.” Fantegrossi wanted to make the process as seamless as possible. “I really wanted to develop something that took all of the ownership and responsibility away from the user or the consumer and deliver something that all she had to do was interact with it, but she didn’t have to work,” she says. “It’s our job to fit her. I just had to figure out how we could fit her virtually.”

To develop the product, Fantegrossi tapped the tech company Sizer, which specializes in “image capturing” and translates the image into a negative and then converts the image into a three-dimensional form. Here, Wacoal’s mybraFit™ app uses an algorithm that highlights things like shoulder silhouette to other body measures. “We spent about nine months developing all-new size charts and an algorithm that takes into account a lot of these rules that we do when we’re in a fitting, like if her band is like this and her breasts are bigger than this, then you want to take one inch off here and you want to add a cup,” says Fantegrossi. “Traditional bra sizing uses a two-dimensional matrix to measure a three-dimensional body, our size algorithm uses a three-dimensional calculation to determine the proper fit of a three-dimensional body.” Currently, the technology that mybraFit™ and Sizer have developed together has its own patent pending.

So far, according to Wacoal, there is a 3 out of 4 person accuracy rate using the app, though it is 300 % more accurate than any other similar technology that currently exists. During the pandemic, Fantegrossi and her team tested the technology on 500 different women of all different ages and sizes, including her own mother’s friends. As for me? Turns out, I was not an A cup, but a B cup. I tried on the bra that Wacoal sent me and it fit, well, perfectly. No suffocation or squashing. Maybe I’m a convert after all.