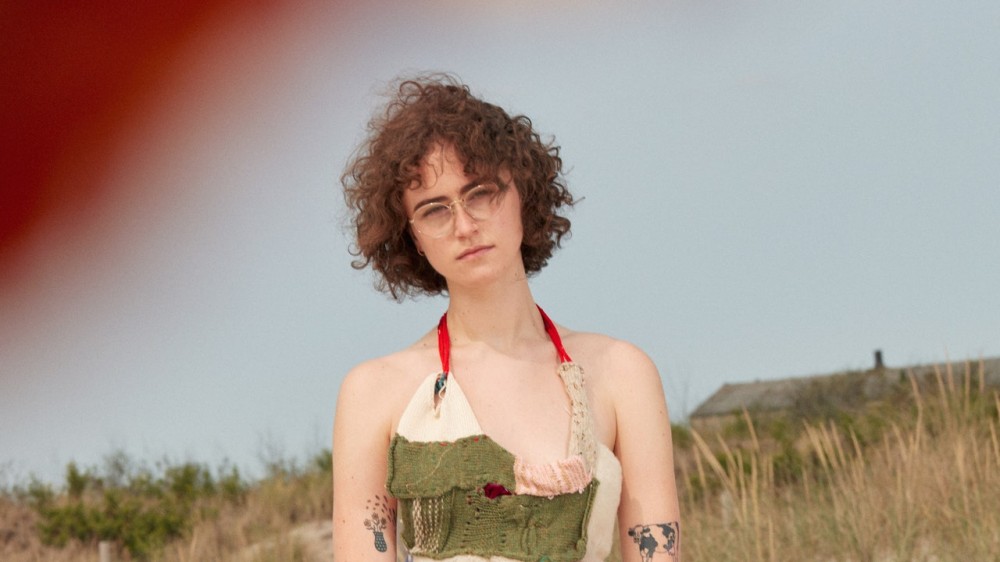 I purchased a pair of Moschino Love cargo pants from the now-closed Century 21 in Rego Park, Queens, seven years ago. My first big fashion purchase when I moved to New Year, the pants were a lifeline between me and the industry I longed to be a part of. I wore the pants maybe a few times. They were too low-slung, too baggy, and I left the baby-soft pants to languish in my bottom drawer forever. I didn’t wear them, but I couldn’t bring myself to part with them. Unsure of what to do (something that I rarely have an issue with), I spoke with designer-artist Emily Nam of Energy Healing Company, who specializes in making old clothes new again by remaking them into something totally different. In my case, my pants were radically transformed into a shirt dress spliced with different fabrics.

Nam, an Australia-native garment and fabric researcher, was originally an editor and stylist, but had changed paths when she moved to New York back in 2017. As a young child, she constantly repaired her clothes, such as a pair of Esprit shorts that she would constantly rip while climbing trees in Australia. “I always come back to wanting to make the clothes,” she says. Eventually, she enrolled in RMIT University in Australia where she studied fashion design. She then came to New York through a study abroad program at Parsons and interned for Marc Jacobs. During her time in New York, she explored vintage and thrifted clothing. “I had a requirement during school to make a garment per week and often felt uninspired by the fabrics available in Midtown,” she says. “I would find myself sourcing more interesting textiles from the markets and even my own wardrobe.” After a stint working in London at Pop Magazine, she settled in New York and found herself slowly moving, venturing into the design world of clothes. “It wasn’t intentional. I always wanted to be a stylist and work magazines,” she says. “Then there was a mix of wanting to make clothing.”

Nam had always been drawn to creating something out of clothes that had already been worn, partially for sustainability reasons. “I thought the fabrics were more interesting and I was also encouraged by my teacher to be thinking about social practices. I feel this practice can even be talked about because we are more open to the sustainability conversation,” she says, adding. “[Before], I often felt lost working in this way as it wasn’t in line with the industry.” Currently, she produces one-off for projects and individuals often from leftovers from other projects, like a knit halter top made of cream, pink, and green swatches, and a skirt patchworked from upholstery fabric, Levi’s jeans, and a thrifted cotton shirt.

In Nam’s work, she also strives to honor the memories that clothing holds, an idea that is perfect for someone like me who sometimes has a hard time letting go of their beloved but never worn pieces. “What happens when you take this brand, mix it with something vintage and then create a whole new garment? What does that represent?” she says. “Then, I break down those memories and values of those garments and develop a new garment.” Currently, Nam doesn’t create collections and is making pieces one-off for clients and editorials. “How can we stop using so much?’ There is so much fabric and clothes in the world,” she says. “And yet we’re producing so much more. We could probably create fabrics out of old clothes without producing any more new clothes for a very long time.”

As for my pants? Nam put them into dress form by using several different fabrics, including a pair of donated Levi’s denim jeans, a vintage dress from a sample sale, men’s cotton pajamas that were thrifted, and a floral printed cotton that was cut from one of Nam’s own clothes transforming it into a more downtown-minded patchwork dress. I won’t be able to wear the look just yet, though: They will be displayed at Onomatopee Museum in the Netherlands in an exhibit #10Dress10Textile that will include 10 of Nam’s creations made from beloved castoffs.