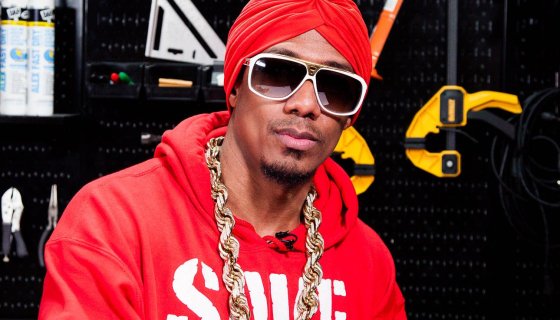 After taking a pretty solid stance following being handed the pink slip by for his anti-Semitic comments, Nick Cannon is now saying sorry…again

The Wild ‘N Out general took a step back and apologized for his anti-Semitic remarks he made just 24 hours after he dropped somewhat of an apology. In that same breath, he also called for ViacomCBS to give him full ownership of his billion-dollar Wild ‘N Out brand he claims he was out of.

In his newest apology, Cannon takes full responsibility for the anti-Semitic comments that were dropped on his Cannon Class series.

“First and foremost, I extend my deepest and most sincere apologies to my Jewish sisters and brothers for the hurtful and divisive words that came out of my mouth during my interview with Richard Griffin.”

“They reinforced the worst stereotypes of a proud and magnificent people, and I feel ashamed of the uninformed and naive place that these words came from.”Cannon also revealed the video which featured ex-Public Enemy member, Professor Griff, who was well-known for comments he made back in the ’80s claiming “Jews spreading wickedness around the world,” has been taken down.

#TSRUpdatez: #NickCannon took to his IG story to issue an apology to the Jewish community following comments he made on his podcast that were deemed Anti-Semitic and led to his termination from #ViacomCBS (SWIPE)

His apology seems to have saved his gig on Fox’s hit game show The Masked Singer, in a statement Fox announced it was sticking with Cannon.

“Nick has sincerely apologized and quickly taken steps to educate himself and make amends.”

The media mogul has also revealed that he has spoken with Rabbi Abraham Cooper, director of global social action stating that his first words to him were an apology for the hurt he caused to the Jewish community.

I just had the blessed opportunity to converse with Rabbi Abraham Cooper director of global social action @SimonWiesenthal My first words to my brother was, I apologize for the hurt I caused the Jewish Community….

It will be interesting to see if Nick’s mea culpa will help get him his gig back with ViacomCBS.