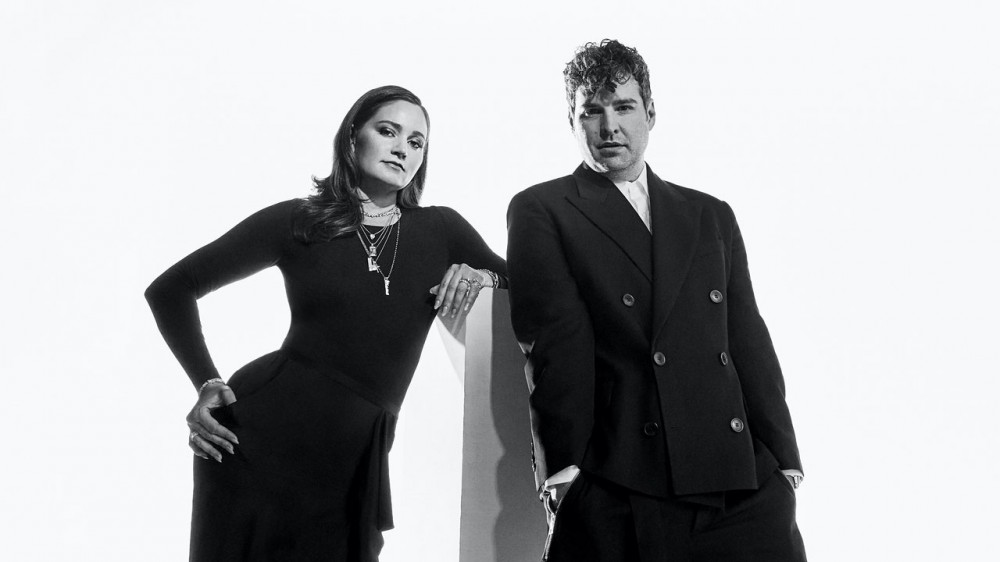 Few can appreciate the power of a well-placed jewel more than stylists Rob Zangardi and Mariel Haenn. After all, the duo—better known under their collaborative nom de plume Rob and Mariel—are usually found preparing the likes of Jennifer Lopez, Gwen Stefani, Cara Delevingne, and Lily Collins for the most prestigious red carpets in Hollywood.

But when the pandemic first began encroaching on their livelihood at the beginning of last year, they found themselves channeling their creative instincts into something more unexpected: jewelry. “When Mariel and I first met, 12 or 13 years ago, we actually bonded over jewelry straight away,” Zangardi says. “So this is really something we’ve been discussing all throughout our partnership.”

This shared interest first began after they crossed paths on an MTV studio lot all the way back in the mid-’00s. Within minutes of encountering each other, Zangardi was already rifling through boxes of gilded treasures, while Haenn started immediately offered him pieces to borrow. “Our jewelry journey has always been there from day one, to the middle of our partnership to where we are now,” Haenn adds, laughing. “It’s been a common thread throughout.”

And now, that common thread has unspooled into a full, 12-piece collection the pair developed in collaboration with fine jewelry brand Vrai. While the duo had often used Vrai pieces to take their clients’ looks to the next level—no wonder, given the label’s inventive designs which feature glittering, lab-grown diamonds as their centerpiece—it was the ethical underpinnings of the brand that resonated with them first and foremost.

Acquired by Diamond Foundry in 2016, the Californian start-up producing man-made diamonds via renewable energy, Vrai has become known not just for its progressive, eco-minded approach to crafting fine jewelry, but also for its smart, minimalist designs. “As stylists, there’s a big carbon footprint in what we do, so it’s important for us to find ways of rethinking how we do things wherever we can,” says Zangari.

Still, wearability was top of mind for both stylists. Their own designs begun with more intimate interpretations of classic jewelry staples—signet rings inspired by their shared Italian heritage, for example, or adjustable chokers that are immediately red carpet ready—before tweaking them to include subtle iconography that represents their values of unity, honesty, and empowerment.

“Every design has a real purpose to it,” says Zangari. “There’s the compass ring, to remind you of the direction you wanted to head in, or a contract ring with two Cs, which was a reimagining of the promise ring—it could be a promise to yourself of some kind, to do better or work harder, whatever you want to fill in the blank with.”

The pair’s boundless energy and creative approach to designing the jewelry ended up inspiring Mona Akhavi, Vrai’s founder, to push her limits further too. “Every piece Vrai makes is a statement of the wearer's values and what resonates with them, so their ideas fitted perfectly with ours,” says Akhavi on the creative synergy she found with Rob and Mariel. “It just made complete sense for us.”

Even while the red carpet season whirred back into motion, Zangari and Haenn found that taking on a surprising new venture during lockdown was more meaningful than they expected. “It was really nice to have some sort of creative outlet, since we were so used to always being busy and working all the time,” says Zangari. “It gave us a reason to pull inspiration pictures and has something to look forward to and to keep us creatively motivated.”

Most of all, though, it’s a reminder that the pair’s red carpet jewelry philosophy can apply whatever the weather—and whatever the carats of diamonds. “Jewelry can be the start of the look,” Haenn concludes. “But it can always be the finishing touch.”