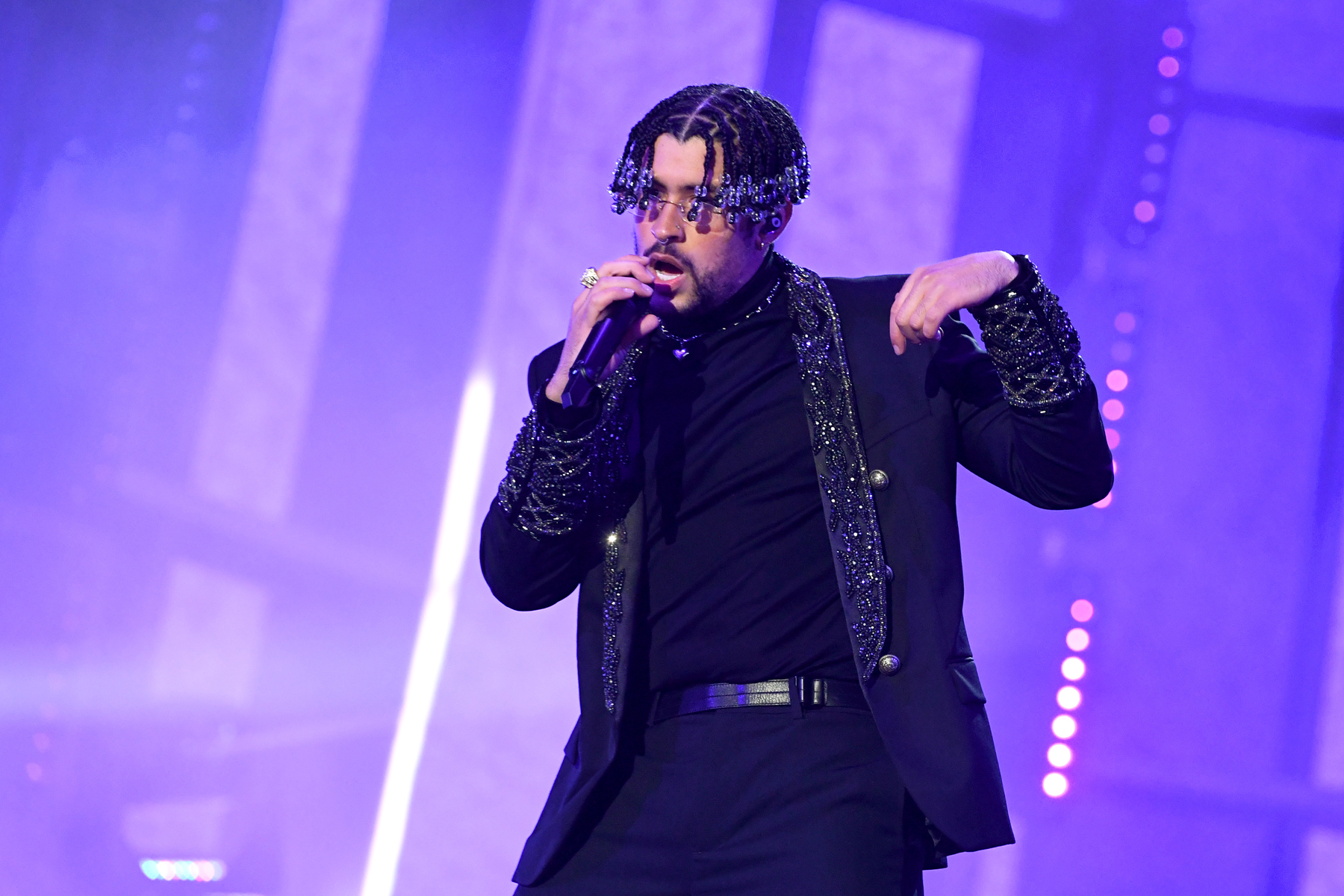 Working with Bad Bunny as the executive producer of El Último Tour del Mundo, Marco “MAG” Borrero had a simple goal in mind: “We intended to break boundaries and do something different,” he says. The album, which arrived the day after Thanksgiving 2020, sums up the surreal and apocalyptic tone of a global pandemic, while bringing forward the exhilarating urbano sounds that continue to dominate charts worldwide. It also reintroduces an ingredient that has been put aside for some time in contemporary Latin pop — the glimmering and slashing sounds of rock.

Like a self-fulfilling prophecy, El Último Tour del Mundo broke many boundaries, some of them historic. It quickly became the first all-Spanish album to reach the top of Nuevo Culture’s Top 200 Albums, among other chart achievements. “I don’t intend on creating music with charts and numbers — it’s always love that goes into it first,” says the producer, 32, who’s credited on nine of the LP’s 16 tracks. “That the album was able to achieve this and get the kind of recognition for a Latin album, that’s what makes me the happiest. What this means for Latinos, and what this album stands for in our culture.”

Borrero was born and raised in Brooklyn, with Dominican and Puerto Rican parents. He got into East Coast rap early on, and began messing around with FruityLoops and other beat-making software in his teenage years. As music began evolving toward a more demanding pop sound in the 2000s, so did Borrero’s beats. “From there, my production started becoming more melodic, and without realizing it I was making pop music and R&B,” he recalls. (He took his stage name from the word “magnificent.”) Several years later, the music that he was posting online led him to be discovered by Max Martin. “He’s considered the biggest songwriter of all time, and he ended up bringing me out to L.A.,” MAG says. “He was a mentor who developed and signed me at a young age.”

If anything, he’s understating the importance of being mentored by someone like Martin, who’s made era-defining hits with Ariana Grande, Backstreet Boys, Katy Perry, Taylor Swift, Britney Spears, and the Weeknd from the Nineties to the present day. Soon MAG was producing songs for Flo Rida, Demi Lovato, Bebe Rexha, and Selena Gomez, as well as reggaeton stars like Nicky Jam and Rauw Alejandro.

About three years ago, he met Bad Bunny’s manager, Noah Assad, through a mutual friend. “We never worked together on anything. It all just happened very organically,” MAG explains. “When all this Covid stuff started picking up and quarantine started, I sent over a pack of music to Noah that I had been making. And his reaction right away was full of excitement. He asked me, ‘Who produced all this!?’” Assad showed Bad Bunny those music files, which included the instrumentals to the rock en español-infused “Maldita Pobreza” and the alt-trap anthem “Yo Visto Así.” “He had just put out YHLQMDLG, and didn’t plan on putting out another full-length this year,” says the producer, “and [those beats] kind of just inspired this entire album.”

Motivated by MAG’s eagerness to experiment with genre, the Puerto Rican superstar shared a playlist that he had created of music that inspired him. “There were a lot of influences in there, and my role became to make whatever he was hearing in his head a reality,” says the producer. “Benito and I challenged each other creatively and continued pushing each other to create something special.” While already having mastered the art of hip-hop, pop, and R&B production, MAG brought in an unconventional element to the urbano soundscape, with a rock guitar edge thanks to session players Martin Celery and Mick Coogan’s jangly fretwork.

Celery, a largely unknown guitarist with an affinity for indie rock, gave the tracks he worked on retro Latin rock sheen. “I tried to sparkle that into the more trap and urbano songs. It’s what you can hear in songs like ‘La Droga’ and ‘Te Deseo Lo Mejor,” MAG says. “Then I had Mick [Coogan] playing all the washed-out guitars on ‘Trellas’; I feel the chords gave it elements of the Beatles and Coldplay in how lush they sound.”

With nods to the Spanish pop band Hombres G’s ska licks and darker shades of the Cure and Smashing Pumpkins, El Último Tour has a sound that goes beyond any one era or genre. It’s a standout in the age of urbano dominance, with moody flourishes and an invigorating trap thump powering Bad Bunny’s role as a madcap time traveler with visions of doomsday.  “Regardless of age, gender, or background, you can turn this album on, and you’re going to find something you like on there,” MAG says. “That’s what makes the album so special to me.”

Since Latin music’s rise to global prominence — most notably symbolized by Luis Fonsi and Daddy Yankee’s 2017 smash “Despacito” — urbano and Latin pop have become largely synonymous terms. The lack of genre diversity within the Latin music that reaches pop audiences has been a concern for the industry, as Nuevo Culture reported on in 2018. Bad Bunny and MAG’s creative partnership is a blow against that sameness. In a similar spirit to how Café Tacvba’s seminal album RE contrasted with the plateauing sounds of rock en español in the mid-1990s, or what Calle 13’s defiant alt-urbano did for homogeneous reggaeton in the mid-2000s, Bad Bunny is challenging Latin trap and reggaeton to evolve today.

“I hope this album inspires Latinos wherever they may be to create freely,” MAG adds. “You don’t have to just make reggaeton just because you’re Latino. If you want to make rap, if you want to make folk, if you want to make a rock album, go for it. We can do that, and I hope that the next generation of urbano artists aren’t scared to pick up guitars and create whatever it is that they want to create. That’s what’s so special about Bunny, that he’s always going to give you exactly what he feels like doing.”

MAG remembers finalizing the last touches of the album as he traveled between L.A. and Puerto Rico: “Benito and I just wanted it to feel like a roller coaster,” he says. “We wanted the songs to take you on a journey in every part, from his vocals to the production. I guess that’s how we got from Earth to Jupiter to Mars. As Benito would say, ‘Yo quiero que esto te lleve en un viaje.’”